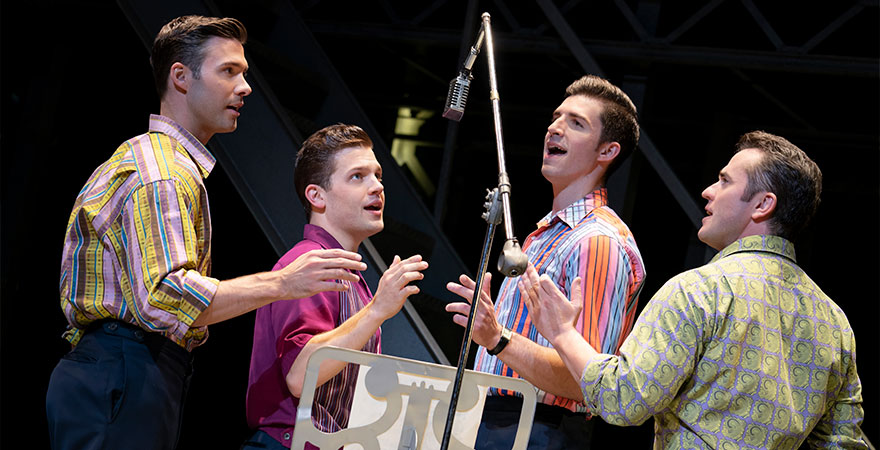 We’re going to pretend its December 1963 again when the national tour of the Broadway hit, Jersey Boys, comes to State Theatre New Jersey on December 3-4! Here is a timeline of some of the musical’s memorable moments:

October 4, 2005: Premiered on Broadway at the August Wilson Theater

May 2007: A second company put on Jersey Boys at the Curran Theater

October 2007: Second company traveled to from Curran Theater to Chicago’s Bank of America Theater for an open-ended run

May 3, 2008: Las Vegas company opens with a majority of Chicago’s cast at the Palazzo Hotel

December 12, 2008: Toronto production of Jersey Boys opens at the Toronto Centre for the Arts

March 6, 2012: After a two-month hiatus, the Jersey Boys Las Vegas production moves from the Palazzo Hotel to Paris Las Vegas