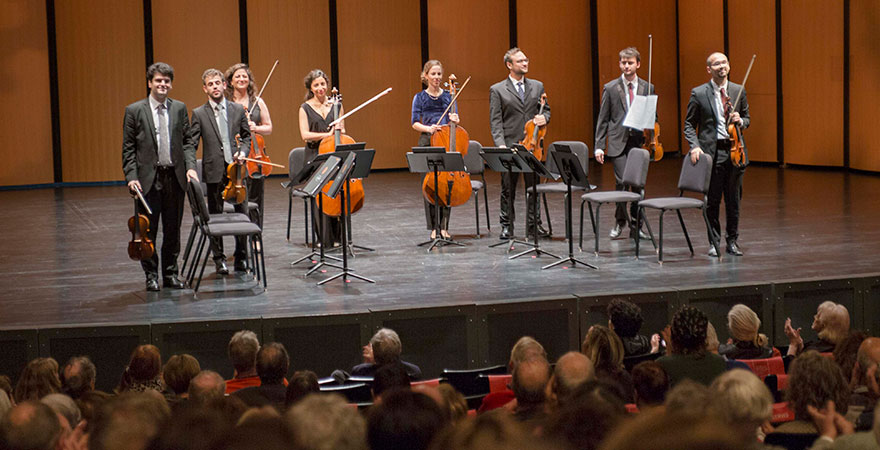 Music has the power of bringing people together in times of conflict or disagreement. It has the quality to break down barriers and unify people from seemingly different worlds. The West-Eastern Divan Ensemble, coming to the State Theatre on March 1, 2020, was formed with this state of mind. This unique orchestra consisting of both Israelis and Palestinians performing together is a hopeful symbol of peace, coexistance, and humanizing the other side.

The ensemble was founded in 1999 by Israeli conductor/pianist Daniel Barenboim and Palestinian author/scholar Edward Said. Barenboim and Said’s great friendship served as the inspiration for a workshop in Weimar, Germany that would bring together Israeli and Palestinian musicians who had mostly only interacted under the shadows of war for the first time. The meeting quickly evolved into a deep political and ideological discussion under the umbrella of their shared passion for music. Scheduled as a one-time event, the workshop evolved into what is now a legendary orchestra, performing worldwide. Three years after their founding, the Ensemble established their home base in Seville, Spain whose history as a center of sustained coexistence among Muslims, Christians, and Jews in Europe is the ideal location for the orchestra’s rehearsals and discussions.

In 2005 the West-Eastern Divan performed one of their most memorable performances yet in Ramallah, a Palestinian city in the West Bank. The Ensemble had attempted to play in Ramallah a year before, only to be dissuaded by security fears. Arriving at this destination posed a challenge for the Ensemble. Each musician had to be issued a diplomatic passport by the Spanish government, and the Ensemble’s Arab musicians flew through Jordan in order to pass through the appropriate Israeli checkpoints to arrive at the concert hall. Barenboim stated previously in the Guardian, "Believe me, the logistics of this concert are worth writing a book about." However, the journey to the performance was well worth the effort when the music began and the divided audience became joined under the enchanting melody. For many Palestinians in the audience, this was the first time they had encountered Israelis in a non-military setting. With several standing ovations throughout the night with the applause for Beethoven’s Fifth lasting over five minutes, the effort to perform was justified in the feeling of warmth that surrounded the room.

How is it that such a diverse group of musicians from around the world, spanning a political divide, are able to rehearse and perform together as a unified group? It is simple. The music is what brings them together. Barenboim explained in a recent New York Times article, “I expect all of you to agree on how to play Beethoven. I don’t expect you to agree on the other side’s narrative. But I do expect you to try and understand it and respect it.” Barenboim runs multi-lingual rehearsals speaking in German, Spanish, and French, but finds that the musical notes are what best bridges the cultural gap.

The Ensemble's State Theatre performance will feature a dynamic variety of pieces including SCHUBERT, Rondo in A, D. 438 for Violin and String Quartet, TARTINI, Devil’s Trill Sonata for Solo Violin, ATTAHIR, Solo for Violin and String Ensemble, and MENDELSSOHN, String Octet in E-flat Major, Op. 20. From the desert hills of the Middle East to the State Theatre New Jersey, the West-Eastern Divan Ensemble is proving that music can transcend language, culture, and political divide. Come experience this world class ensemble on March 1, 2020!

More about West-Eastern Divan from the LA Times 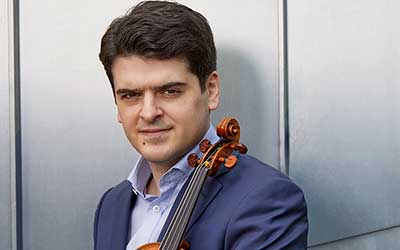