An Interview with Emma Taylor Schwartz 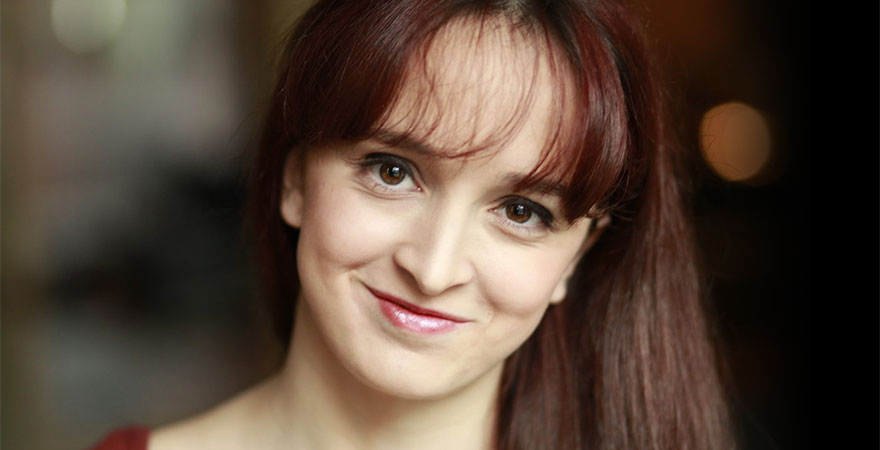 Kelly: Welcome to All Access with State Theatre New Jersey, I’m Kelly Blithe your host, and this is the show that takes you behind the scenes and behind the curtain at the legendary State Theatre in downtown New Brunswick. Now, it wouldn’t be the holidays without performances, wonderful performances at the State Theatre in New Brunswick including Fiddler on the Roof, the national tour is coming to the State Theatre on December 20th staying through the weekend to December 22nd and we are so excited to have one of the actors from the national tour of Fiddler on the Roof,  Emma Taylor Schwartz. Welcome Emma.

Emma: Hey, thanks for having me, I’m so excited.

Kelly:  So exciting. So, Emma this is a classic show tell us about your role in Fiddler on the Roof.

Emma: So, I play Shprintze, she is one of Tevye's daughters. If you guys are familiar with the musical, Tevye is the main character he has five daughters, I’m the fourth of the five, so the first three, they sing “Matchmaker’ which is the classic song, they sort of get married, fall in love, and find their own path throughout the play. I’m one of the younger ones so I get to be in all of the really fun scenes such as “Sabbath Prayer,” such as the wedding and I get to be surrounded by all of these really incredible actors who make up my family in the show.

Kelly: Now Emma, before you were cast with Fiddler on the Roof were you familiar with the musical, was it something that was already in your memory of seeing the show?

Emma: Ah, yes, I actually saw the revival of it in 2004 on Broadway, I got to see that and that was my first exposure to it. I actually did the show in middle school and I played the same role, I played Shprintze when I was 12 years old.  So that was really fun and kind of full circle right now, but it’s one of my favorite musicals. And I’m so lucky to be able to do it.

Kelly: Wow! I love that same role at 12, I won’t ask you your age but wow. What do you see as the differences, obliviously now you are in a big national tour, but what do you see now, how do you look at the role differently now as you're older and on this tour?

Emma: I look at it so differently, when I was little and it was one of the earlier musicals I had ever done, when you’re that young, at least when I was that young I didn’t really get the entire scope of what Fiddler on the Roof was. I related to it in my own way and I enjoyed it, but now that I am older, and I have seen it a few times and have been able to perform it, I really see exactly how large and important this show is and how it can really touch so many people. And I think back when I first did it was kind of just fun and exciting, but now it’s fun and feels important as well.

Kelly: Yeah, and you know what I love about Fiddler on the Roof is that it’s just the whole package. It’s catchy music, it’s awesome amazing dance, it’s funny, it’s sad, it’s all these things wrapped up in one. And obviously a lot has to do with the wonderful songs you mentioned, “Matchmaker, Matchmaker” and you said you were in the wedding scene which one of my favorites is “Sunrise, Sunset,” which no matter where I am, if I hear that song play it brings a tear to my eye. How do you feel when you’re on that stage and that song is going through the motions? It’s kind of surreal right?

Emma: Oh, yeah, the cool thing about “Sunrise Sunset” it’s staged that were all just standing there watching that wedding ceremony take place, so there is no big dance number, at least right then, it comes right after. There is nothing to really distract from the music, so it does feel surreal. I can stand there with the entire cast and look at everybody in the audience, sing this really beautiful song and it feels really monumental in away.

Emma: Yes, I do get to be in the dream, it’s really fun. We have a really interesting adaptation of the dream, it’s a really fun one. We have characters in big masks and they’re all kind of spooky in a way, we have people on stilts. I’m not on any of those, I’m dressed in my normal costume but it’s fun to be around them, we have smoke, fog and everything. It’s just a really fun number, I keep saying fun, but it really just is. Yeah that one's exciting.

Kelly: So, tell us about the cast and the comradery that comes with a national tour, like you guys go from place to place and you just build this, you build these friendships. Is this your first tour?

Emma: It is my first tour. It’s really incredible, I was really interested to see how it would play out because I had never done a tour before. I’ve been in many shows, and with casts that have felt very close, but never ones where I traveled with them. I think it’s the perfect show to do this with, the show is about community and about family. The small village of Anatevka being so close and tight knit and knowing everything about one another, which kind of works for being on a tour and traveling with each other. So, it feels like what it feels like in the play and you know I’m part of the main family, so I am close with those members of the cast as well and everybody does kind of feel like a family. I know that’s kind of cheesy to say but it does feel like that, you know the holidays are coming up, were even doing a secret snowflake gift exchange, things like that, that are so small and could be taken advantage of but it really makes a difference especially when you are away from home and you get to really trust all these people.

Kelly: I love it, it makes sense this is a show about a family and tradition, and it sounds like you are one big family, that’s really nice. What have you found putting on a show like this has been some of the challenges? Maybe you have overcome the challenges or maybe there continues to be something that you guys need to work on as you go on this tour, or some of the harder parts of the show to get through. What would you say those are?

Emma: I think, you know you were saying earlier, the show has everything, it’s funny, it’s sad, it’s the whole package, I whole heartedly agree. With the sad moments in the show, those are some of the harder ones to do sometimes twice a day every single day, etcetera, eight times a week. Because there are some really heavy moments in the show like the end of act one, the wedding kind of ends in an abrupt and sad way, and same with the end of act two, for as funny as the moments are and as high as the moments are it can drop to really serious and somber moments. So, it does get a little hard staying in those moments in a really honest way and giving that performance everything you have and not getting too sad and being able to do it a second time that day. If that makes sense? Those are also some of the most rewarding ones too because those moments are what I think really effect the audience in a great way. So, I would say those are some of the great challenges, but definitely ones we overcome and definitely ones that we strive every performance to make even better.

Emma: Yeah, since I was little, I was very interested in being and actor or being on stage. My whole family is kind of involved in theatre in some way or another. Actually, I know that you just interviewed for Joseph and the Amazing Technicolored Dreamcoat I believe, because my Mom directed that production at the State Theatre as well.

Kelly: Wow! What a connection. Awesome.

Emma: Yeah, so my whole family is involved in theatre and I was never pressured into it or anything like that but I just was exposed to it from such a young age that it felt like something that I wanted to do, I wanted to try. Honestly with especially Fiddler on the Roof specifically that show was something that from a young age I felt I connected to and I could be a part of in some way because there are so many characters that you can relate to in this show. I’m convinced that anyone who see this show can find somebody to connect with in the cast. I just always felt a connection with this show and really thought it was an entertaining one as well as one I could relate to, so this show specifically I always wanted to be a part of. To answer your question, I kind of always wanted to do something involved with theatre.

Emma: I would say the wedding, the wedding is such a great, “Sunrise, Sunset” the wedding dance, the scene it’s just one of those moments we’re all on stage together essentially the entire cast. It’s just so free and it does feel like a party and a wedding and it feels you know you can’t help but smile until it gets sad, you can’t help but smile the entire time. Also, in that scene, the new choreography in this show, Hofesh Shechter rechoreographed it for the recent revival, it’s stunning, and so, it makes you want to dance, and it’s just really beautiful to watch. In the wedding scene there is a really big dance that includes the bottle dance which is one of the most famous dances in the show, and I get to just sit there and watch it and it really just blows me away every single time.

Kelly: It makes me scared for everyone during the bottle dance.

Emma: It’s real. All of our reactions on stage and our fear and everything it’s 100% real because they can really fall.

Kelly: We are talking with Emma Taylor Schwartz who is on Fiddler on the Roof, the national tour coming to the State Theatre, Friday December 20th at 8pm, Saturday December 21st at 2 and 8pm, and Sunday December 22nd at 2pm, you can get your tickets at STNJ.org. So, Emma if you hear only one Fiddler song for the rest of your life what would it be?

Emma: Yeah, I think so, what about you?

Kelly: I don’t know as much as it’s going to make me sad and happy at the same time “Sunrise, Sunset” just might continue to be my song.

Emma: Oh, it’s just so good, I know I’m supposed to say that, but it really is I think it’s a phenomenal production. I saw the revival the same revival production on Broadway four times because I loved it so much. And like I said earlier I think that everyone can relate to a character and everybody can find something that they identify with and that’s what’s so beautiful about the story it’s universal.

Kelly: Love it, love it, thank you Emma for being on today's all access and we look forward to seeing you December 20th. 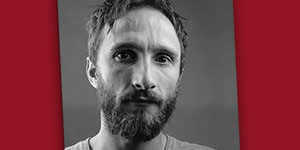 Interview with Chris Evans, Associate Choreographer of Fiddler on the Roof