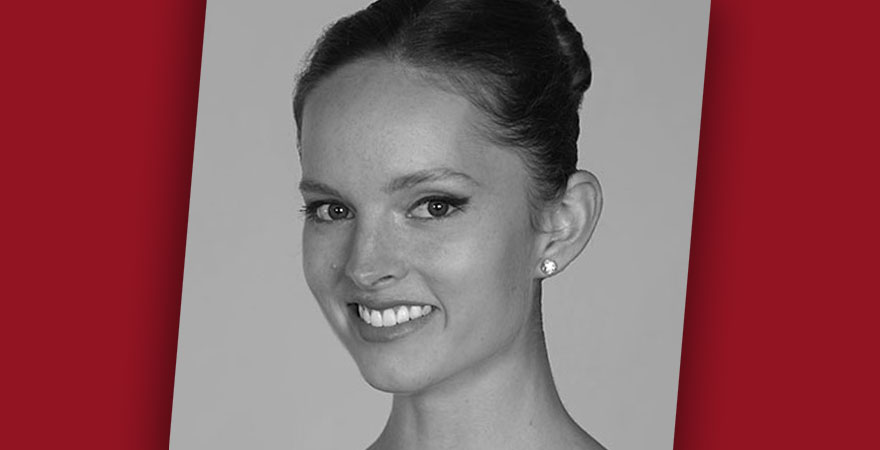 The talented dancer Erikka Reenstierna-Cates from American Repertory Ballet speaks with us about handling multiple roles, the LARGE Nutcracker cast, and more! See Erikka and the rest of the Nutcracker ensemble from December 13-15!

Kelly: Were back on All Access with State Theatre New Jersey, I’m Kelly Blithe and every year at the State Theatre we are very excited to bring American Repertory Ballet’s, The Nutcracker to the stage. It’s been coming to the stage at the State Theatre in New Brunswick for many years. This year it’s on Friday December 13th, Saturday December 14th, and Sunday December 15th for five performances. Always a wonderful time, featuring the beloved Nutcracker, with Tchaikovsky's magnificent score and a wonderful cast of dancers. And with us today is one of those dancers, Erikka Reenstierna-Cates, welcome Erikka.

Erikka: Hi, thank you so much, good to be here.

Kelly: So, Erikka tell us about your role, what your role is in the Nutcracker, or roles and how long you have been with American Repertory Ballet?

Erikka: Yeah, sure, it is roles, we are a smaller to medium size company and so we learn a bunch of different roles that we take on tour for The Nutcracker, so we change out. Dancing roles I am the Arabian Coffee, I am the Spanish Chocolate, the Dewdrop Fairy and also the Snow Queen as well.

Kelly: Wow! Is that all?

Erikka: Right? Actually no, in act 1 there is a whole party scene we have a bunch of party guests and what not. So, I play a couple different parents including Clara’s Mom.

Kelly: Nice, and of course Nutcracker, is one of the most iconic ballets and holiday ballets of all time. All those you just mentioned are very important to the story, is there one role in particular that you play that is really close to you heart?

Erikka: I personally really love Arabian, which might be the unpopular opinion, because the music’s different, it’s slower and in a different key than the rest of the music which is quite happy and go lucky and rambunctious. Arabian is the kind of music that no one recognizes and it’s all slower and kind of more of an adagio quality and I really really like that.

Kelly: Right, because everybody recognizes the “Sugar Plumb Fairy” and some of the other music. Which you kind of bring up there are so many parts to The Nutcracker it’s a very large, long ballet and it’s wonderful and it’s a great holiday classic. There are so many wonderful people involved from the Mice, to the Sugar Plum Fairy, to the Soldiers, to the party goers, to Mother Ginger, and beyond. What is it like being a part of such a large cast of characters?

Erikka: I mean it’s great, it’s how the saying goes, it takes a village because everyone has a part to play and it really is wonderful especially because we are in partnership with Princeton Ballet School. I should have mentioned this earlier, this is my fourth season with American Repertory Ballet, and I also teach with Princeton Ballet School and so some of the younger parts in The Nutcracker are filled by some of the students from the affiliated school. It’s really great to see that four years ago they’re these tiny little munchkins and then they grow up and they are in harder roles and you get to see them grow. In the party scene it’s not just dancers it’s some adults who have been in the company circle for a long time, so we have great relationships with people who aren’t dancers who are in the community and support the arts and it’s just a really great production to be a part of because it crosses a lot of boarders and boundaries in that regard.

Erikka: Definitely, I don’t want to say a dysfunctional family, but every family is. No, it really is great, and you know there is something to a small company, you are not just 1 in 60 you’re not just a number everyone has value and brings something super special to the board, and there are really incredible dancers in this company, I’m really lucky to call each of them my friends, it’s always great working with them.

Kelly: How did you end up at American Repertory Ballet, what led you down the path to join the company.

Erikka: I was actually at Oklahoma City Ballet four years ago, I was a dancer with their company, I just decided to apply to be an RA for the Princeton Ballet School summer intensive, which basically is just a glorified babysitter, I would drive the kids to and from summer classes every day. Then I just decided since I’m here I’m going to take classes and stay in shape. The artistic director who also taught a lot of the classes and was a part of the summer intensive, the Artistic Director Douglass Martin, he really liked me, and he offered me a job without auditioning, it was really kind of a crazy story. But I have been here since then.

Kelly: Wow, and was dancing that was always in your family? Are you one of many dancers, are you the only dancer?

Erikka: I’m the only dancer but not the only performer. My brother is an actor, he got his BFA in Shakespearian studies. Right now, he is in L.A. working as an actor and I’m the dancer. Two starving artists as children for my parents.

Kelly: I'd have to guess that being that the Nutcracker, is kind of the staple of ballet, this is not you first Nutcracker in your career.

Erikka: Nay, it is not my first rodeo. My first Nutcracker production I was angel. I come from California, so I was an angel in the Nutcracker, and I was 12 so it’s been almost 14 years with Nutcracker for me.

Kelly: I don’t think it ever gets old, does it?

Kelly: We are talking with one of the dancers from American Repertory Ballet who will be performing The Nutcracker on Friday December 13th, Saturday December 14th, and Sunday December 15th, five performances, we have some matinees in there. So, make sure you check it out, for more information go to STNJ.org.  So, Erikka the costumes and in and out and all the different things. Do you have that down pat after being a couple years and different roles and getting that together? Or is it still every year you have to figure out, here what I am next and where’s my mindset here?

Erikka: It’s a little bit of both. Of course, there is always the “oh, thank God I have done this before.” But because dance isn’t just an art it’s a real sport, so it takes a lot of real stamina training to build it up. Even if you mentally know what you are doing, your body might have a different story to tell. For me probably my most challenging role is the Dewdrop, and she comes on for the “Waltz to the Flower” which is music that is pretty iconic that a lot of people know. It’s kind of like an unending solo. Depending on how fast the version is it’s about seven minutes long or so, it kicks butt, it really does. It’s a great stamina piece and you kind of have to build up to it every year to make sure that you are ready to perform on stage.

Kelly: Nice, I love it. The Nutcracker kicks butt, that’s what we are gonna say.

Erikka: Yeah. That’s a quote you can quote me.

Kelly: The Nutcracker coming to the State Theatre stage with the American Repertory Ballet, December 13th through December 15th you can get your tickets online at STNJ.org and this is the only New Jersey performances of ARB’s performances that feature a live orchestra and the Princeton Girl Choir, so make sure you check it out. Erikka, thank you for being on All Access and we look forward to seeing you this holiday season.

Erikka: Thanks, I’ll see you there.