Fall Performances for Schools—Nothing But the Best! 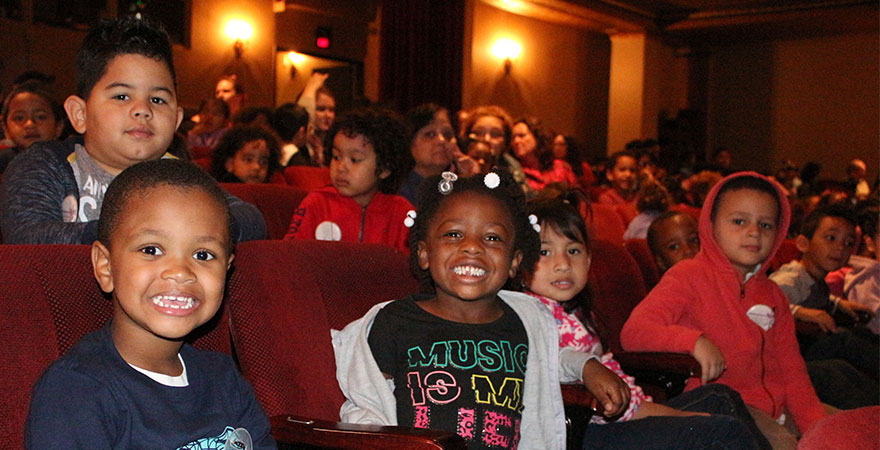 Sparking a Lifelong Love of the Performing Arts

People are surprised and impressed when they learn that each year, nearly 200 schools bring their students—about 20,000 in all—to daytime performances at the State Theatre. Even if the general public isn’t always aware of the impact of our Performances for Schools Series, educators throughout New Jersey know that we’re the place to go to introduce their students to the world of live performance. We’re proud that so many schools choose to spend part of their limited resources to come to the State Theatre each year. This season’s series has just gotten underway, and many performances are already sold out!

This year’s Performances for Schools Series kicks off with American Repertory Ballet’s Nutcracker, on December 13. This will be our 19th season presenting this grand, full-length production, always an audience favorite. I don’t know how they manage to find dressing room space for the more than 100 performers in the show, but somehow it always works.

On January 14, we’re celebrating Martin Luther King, Jr. Day with Turning 15 on the Road to Freedom, a musical adaptation of Lynda Blackmon Lowery’s inspirational autobiography about her childhood experience marching with Dr. King and thousands of other protestors in the 1965 voting rights march from Selma to Montgomery, Alabama.

January 31 brings another musical with an African American story, this one fictional. The Color Purple is the Tony Award®-winning show adapted from the novel by Alice Walker. We’re giving students a chance to see a full-scale Broadway musical—without the trouble and expense of traveling to Broadway!

Schools can celebrate Black History Month at the State Theatre on February 5, when we welcome back the beloved South African vocal ensemble, Ladysmith Black Mambazo. With their gorgeous a cappella harmonies and high-stepping dance moves, it’s no wonder Nelson Mandela called them a “national treasure”!

It’s never too early to introduce children to live theater. (In fact, I’d say the earlier the better.) Sure to delight the Pre-K-grade 2 set, Canada’s Mermaid Theatre of Nova Scotia returns to the State Theatre on February 6-7 with The Rainbow Fish, adapted from the much-loved picture book series. The skilled puppetry of Mermaid Theatre makes the colorful sea creatures swim right off the page and onto the stage!

Next comes another show featuring animal puppets, but these puppets are about as far as you can get from little Rainbow Fish and his friends. On March 16, Dinosaur World Live brings to life T-Rex and Stegosaurus, along with some prehistoric giants I’ve never heard of, like Giraffatitan and Segnosaurus. (Sometimes our school shows teach me as much as the students!)

From primeval times we go to the up-to-the-minute world of the Mayhem Poets. These former Rutgers students are always delighted to return to their home base to perform their witty and insightful hip-hop poetry for a theaterful of adoring students and teachers. Their March 23 performance is sold out, but don’t despair!—we’ve added a second show the following day, March 24.

In The Play That Goes Wrong, just about everything does—to hilarious effect. The Huffington Post called this slapstick sendup of amateur theatricals “the funniest play Broadway has ever seen.” When I saw it, I nearly fell out of my seat laughing. Maybe I should wear a safety helmet at our school performance on April 3.

No safety helmets for the daring, high-flying performers of Diavolo, who will leave students breathless with excitement on April 29. The company’s spellbinding fusion of modern dance, acrobatics, gymnastics, and architectural design sends the dancers leaping and tumbling across large-scale sets that are themselves works of art.

Our season ends on a whimsical note May 7-8 with Yao Yao, from South Korea’s Brush Theatre. With just two actors, no dialogue, and the clever use of lighting and projections, they conjure up the magical world of a little girl with a big imagination. We’re super-excited to be presenting this show next door at the brand-new New Brunswick Performing Arts Center. With just 250 seats, the intimate surroundings of the Arthur Laurents Theatre is the perfect setting for this jewel of a show! 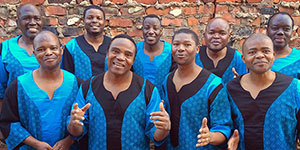 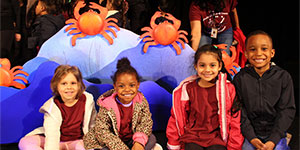