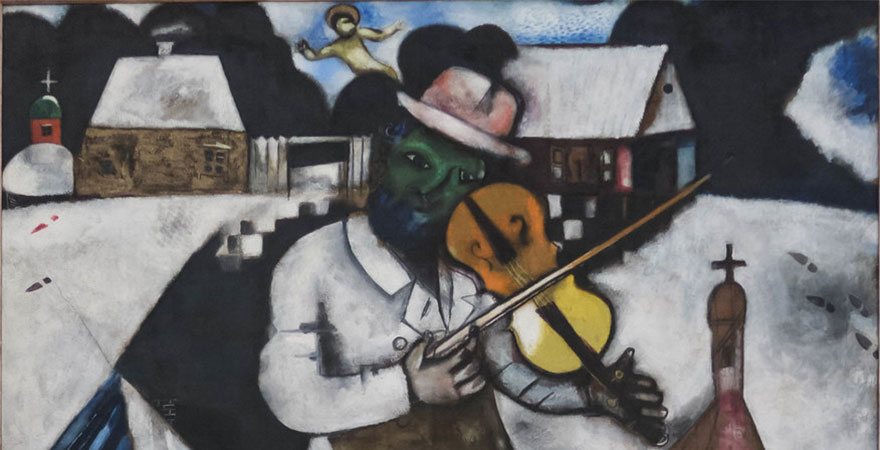 State Theatre New Jersey is proud to present the national tour of Fiddler on the Roof. December 20-22 will be a weekend filled with four showings of this beloved musical. Below are some fascinating facts about this heartwarming show:

1. The first draft of the show was called The Old Country—other working titles included Tevye, Not So Long Ago, Not So Far Away, and Where Poppa Came From.

2. It's widely known that Fiddler on the Roof is based on Sholem Aleichem's stories, but did you know that the real name of this "Jewish Mark Twain" was Solomon Naumovich Rabinovich? His pen name Sholem Aleichem literally means "peace be with you."

3. Composer Jerry Bock and lyricist Sheldon Harnick originally wanted to write a musical based on Aleichem's Wandering Stars, about a traveling Yiddish theater company. "It would have to had 40 minor characters on stage and it was just too big," Harnick said in an interview. They settled on the Tevye the Dairyman stories instead.

4. The title of the musical and Boris Aronson's set design for the original production are based Marc Chagall’s painting “The Fiddler.”

5. The first person cast in the show was Austin Pendleton. Pendleton, who played Motel the tailor, would later go on to be a notable director and actor.

6. There were many changes made to the script as the production got rolling. For example, Tevye's first number, "What a Life," which was sung to his horse, was replaced with "If I Were a Rich Man."

7. Fiddler on the Roof held the record for the longest-running show on Broadway for 10 years, when it was surpassed by Grease.

8. When Fiddler on the Roof premiered in Poland in 1985, the show's authors donated their royalties to preserving the country's Jewish monuments.

9. Joanna Merlin, who originated the role of Tzeitel, was cast in the show on November 22, 1963. She came out of the theater to learn that President John F. Kennedy had been shot.

10. According to Pendelton, director Jerome Robbins finally staged "Tradition" in the middle of the final week before they were set to leave for their Detroit tryout. It only took him an hour and a half to stage it.

11. Paul Lipson clocked over 2,000 performances in the role of Tevye. His first performance in the part was during the pre-Broadway Washington, D.C. engagement.

13. No one mentioned Zero Mostel in their Tony® acceptance speeches. When Mostel went up to accept his award, he said, "Since no one else has thanked me, I will thank me.”

15. The iconic violin solo in the film was played by renowned violinist Isaac Stern.

16. United Artists was contractually obligated to ask Robbins if he wanted to direct the film version. The director, who was wary after the conflicts that arose during the filming of West Side Story, turned the offer down.

17. Frank Sinatra’s agent called director Norman Jewison to try to get his client an audition, but he didn’t envision the crooner as a Jewish milkman.

18. Three villages in Yugoslavia were transformed into Anatevka for the film.

19. Richard Dreyfuss, Rob Reiner, and John Ritter auditioned for the role of Motel, but were passed over for Leonard Frey, who had played a small role (Mendel, the rabbi's son) in the Broadway production. He was nominated for an Oscar® for his performance.

20. Of the film’s major reviews, eight were favorable, six were negative, and two were mixed, according to the American Film Institute. The movie cost nine million dollars to make and grossed $50 million in its initial release.

23. In 2007, Time magazine ranked Fiddler on the Roof the seventh most frequently produced musical in American high schools.

25. The final script of Fiddler on the Roof is dedicated “to our Fathers.” Producer Harold Prince said later that the show was “clearly conceived” by Stein, Bock, and Harnick “as a kind of valentine to their grandparents.”