The Voices of Ireland—Celtic Woman 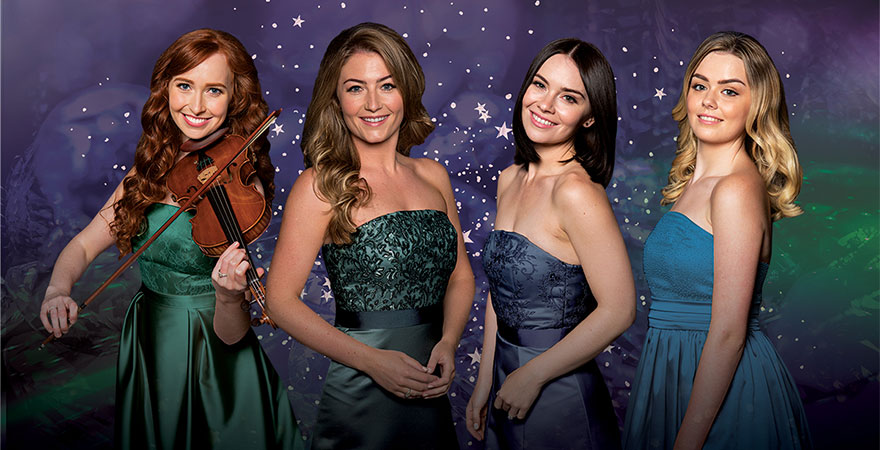 Celebrate a love of Ireland with some of Ireland’s most talented singers and musicians, Celtic Woman, at State Theatre New Jersey on Tuesday, March 23, 2021!

Who was St. Patrick? He was born in Roman Britain in the fourth century. When he was 16, he was kidnapped and brought to Ireland as a slave. Eventually, he converted the Irish to Christianity. Many legends have sprouted up around the legacy of St. Patrick, like that he drove the snakes out of Ireland or using the shamrock to explain the trinity. His death on March 17 has now become a holiday celebrated all over the world.

Surprisingly, the celebrations did not actually begin in Ireland. The first St. Patrick’s Day celebrations were in eighteenth century America, started by Irish immigrants who wanted to remember their home. Throughout the centuries these parties have transformed into the huge events they are today, with parades all over the world in places like Asia, Europe, and of course, the largest one in New York City!

In this interview, group member and singer Mairéad Carlin called St. Patrick’s Day the “best day of the year.” “Everyone is in such good spirits and how cool is it that people all over the globe celebrate our wee Island on that day?” Carlin said.

The group's newest singer, Megan Walsh, showed excitement to perform on St. Patrick’s Day. “There’s always such an amazing atmosphere on this day and it’s incredible to see how many people celebrate our homeland. What better way to celebrate than to sing some Irish songs to our incredible audiences,” Walsh said.

Celtic Woman singer Éabha McMahon loved how much her country is celebrated here in the US. “I will never forget the first time that I spent St. Patrick’s Day in the US. It was incredible. We don’t celebrate it like that at home. But I love that an entire day is dedicated to Ireland, and all that it embodies and represents…The buzz in the theatre on St. Patrick’s Day is always electric and a night to remember,” McMahon said.

The group’s fiddler and Irish harpist Tara McNeill agreed. “What better way is there to celebrate being Irish than by performing our favorite songs and melodies from our homeland!” McNeill said.

See how the Irish celebrate St. Patrick’s Day and their Irish heritage with the global musical sensation Celtic Woman at State Theatre New Jersey on March 23, 2021!