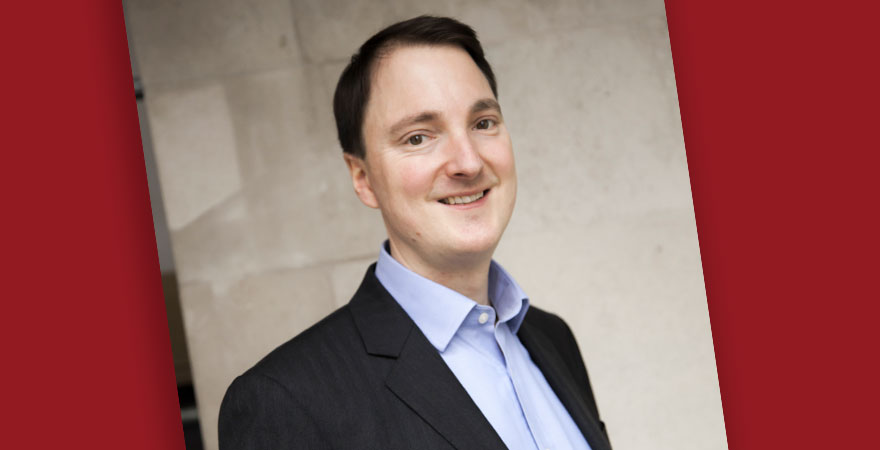 Read the Transcribed interview below

James: Thank you so much—great to be with you.

Kelly: Great to have you. We are so excited because we feel like we are bringing London to New Brunswick, are you guys excited to come to New Jersey?

James: We’re always thrilled, the Royal Philharmonic is always thrilled to be traveling to the USA. The orchestra has been touring across the states  since the 1950s, so we have a really special relationship with audiences and venues across America.

Kelly: I have to ask you James, about your roles as Managing Director. I know there are many things, you probably wear many hats but tell us how you became the managing director of the Royal Philharmonic Orchestra and what that entails?

James: Well first and foremost I’m a musician myself, not quite to the standard of the players performing in the Royal Philharmonic Orchestra, but lots of my job around choosing music and being an artistic director for the orchestra as well. I spend a lot of time programing what the orchestra does and liaising with conductors and soloists and that side of things. I also have to run the business as well, if you can imagine running a large-scale international organization is quite an operation. I have a fantastic team of staff here at the orchestra that look after all of our different aspects and that’s everything from the logistics of touring if you can imagine touring a huge orchestra such as this is a really complex business around the world. But also, we have a great team of marketing, we also sell tickets, and develop all of the digital media these days, we have a fantastic team in finance, community  and education, and development. It’s a big operation but it’s a wonderful organization and I feel very fortunate to be the Managing Director.

Kelly: Nice and I love that you gave shout out to literally every department, that is very rare, and I appreciate that, because it takes a village to do this. You are helping Royal Philharmonic to go on the road and go on these tours, tell me about the process, picking the programs and the stops. What role do you play in the tour process?

James:  We start planning our tour probably two or three years in advance, these are very significant projects for us as an organization. Orchestras secures the finest artists and we are working with two fantastic guest artists coming in with the orchestra, the conductor Mark Wigglesworth and for this concert in New Jersey the terrific virtuosic concert pianist Khatia Buniatishvili. These are artists who are part of international music scene and book up many years in advanced, so we start planning our tours two or three years in advanced in order to secure the very best artists. It’s a complex process and we try to route our tours and this concert in New Jersey at the State Theatre on the 11th of January if the very first of a large-scale tour that the orchestra will be doing right across America, we will be concluding in California  two and a half weeks later. We will be playing in 15 different concerts as part of that tour. So, it’s a substantial operation there are massive logistics leading 80 plus musicians across the country, all of our instruments, equipment, in different climates in different weather, that’s the challenge of touring in the north part of the east coast in winter time, of course in California the weather is totally different. It’s a complex operation but we are really delighted with this tour coming up, we have two of the finest artists from the classical music world joining the Royal Philharmonic Orchestra. It’s such a pleasure to be starting in New Brunswick, we have a most wonderful preforming venue with the State Theatre.

Kelly: We are well known for our acoustics, just throwing that out there.

James: Absolutely, and that is known all around the world. It really is.

James: Absolutely, we work with a range of different conductors, all of whom have built long term relationships, we have worked with Mark Wigglesworth on a number of occasions before. He is one of the great British conductors working in the international stage today and it’s such a thrill to share this partnership between Mark and the Royal Philharmonic Orchestra with all of our audiences around the United States.

James: I studied music at University, I then spent a lot of my time working in the field of music education, particularly working for charities that spent a lot of time working with children with special educational needs and with elderly people with additional needs. So, that gave me a real insight to the power that music has to literally transform lives. I then worked in the City of Manchester for a number of years at a conservatoire of music, running the venues and performance programs, and then I spent the last 13 years in London, working for London Orchestras. For the last three and a half years of that time I have been the Managing Director of the Royal Philharmonic Orchestra.

James: There have been so many to draw from, one of the great things about the Royal Philharmonic Orchestra is the sheer diversity of what it does as an orchestra. That’s everything from the core symphonic reps, to the rock and pop world to the video games and film. I have favorite moments in all of those fields, for me the real essence of the Royal Philharmonic Orchestra comes back to our work in the symphonic repertoire, which is the real core repertoire of what we do and indeed what we are bringing to the State Theatre. I think doing the BBC Prom, at the world-famous Royal Albert Hall of which the Royal Philharmonic Orchestra is the associate orchestra. At least once a year we play at the BBC Proms which is the world's largest classical music festival, those performances are extra special, being that it’s our home venue in London and always capacity audiences. I do remember very well playing a wonderful opera by Béla Bartók called Bluebeards Castle which was an absolute sensational highlight. But in the other worlds we played in some shows at the O2 in London the huge arena, with famous rock and pop star Rod Stewart, I think meeting Rod Stewart was a real highlight for me. We’ve played at royal weddings in our past which of course is incredibly memorable occasions and of course all of the touring that we do, we travel all around the world from the middle east to the far east. There have been the most wonderful concerts in the most extraordinary concert halls all around the world.

Kelly: Wow, you sure have had some moments that’s for sure, you are talking royalty and pop rock royalty Rod Stewart.

James: Exactly, so we have great pleasure and privilege working with such a wide range of people, it’s a real honor.

Kelly: You kind of touched on the programing and the pieces that are going to be performed at the State Theatre. Is there a connection to the three pieces, is there a vibe you were going for?

James: We wanted to showcase the very best of what the orchestra does, and we are going to start with the fantastically, lively, Overture by the English Composer William Walton, who is perhaps to Americans most known for his film score of Henry V. Then we move on to a beautiful piece by Franz Lizst his Piano Concerto No. 2 performed by the Georgian Pianist Khatia Buniatishvili and this is the piece that she made her whole worldwide career on and she plays it with such panache, such virtuosity it really is her party piece so to speak in that sense. The second half we play Jean Sibelius 2nd Symphony, I think this is music that is so pictorial Sibelius wrote this music in the Finnish landscape, his hometown, there is something intrinsically Finnish about it. Even if you have never been to Finland before, there is something about the brooding colors of his music, and of course it ends with the last movement which ends in a blaze of glory and you get to hear the glorious warm sound of the Royal Philharmonic brass and string sections all melting together. It’s a real show piece and a show program which I’m sure will resonate with our audience across the US.

Kelly: We are talking with James Williams the Managing Director for Royal Philharmonic Orchestra coming to the State Theatre Saturday, January 11th 8pm we are so excited to have them back in New Brunswick. Before you go James, I have a quick lightning round of questions for you.

Kelly: They are just super quick, and you are just going to answer first thing that comes to your mind. Are you ready?

Kelly: Favorite city other than London?

James: Has to be Rod Stewart.

Kelly: There we go! See, that wasn’t hard at all.

James: Fantastic! That’s not bad I just got off a plane this morning from Florida actually, so I haven’t slept for a few days.

Kelly: Thank you James, we are looking forward to the Royal Philharmonic Orchestra coming to the State Theatre Saturday January 11th. Thank you for that lightning round and see you January 11th.

James: We are looking forward to it enormously. 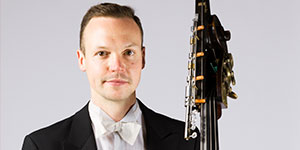 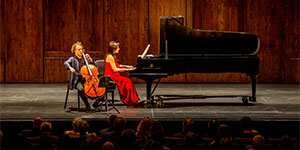 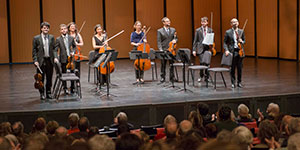