An Interview with Shawn Stockman of Boyz II Men 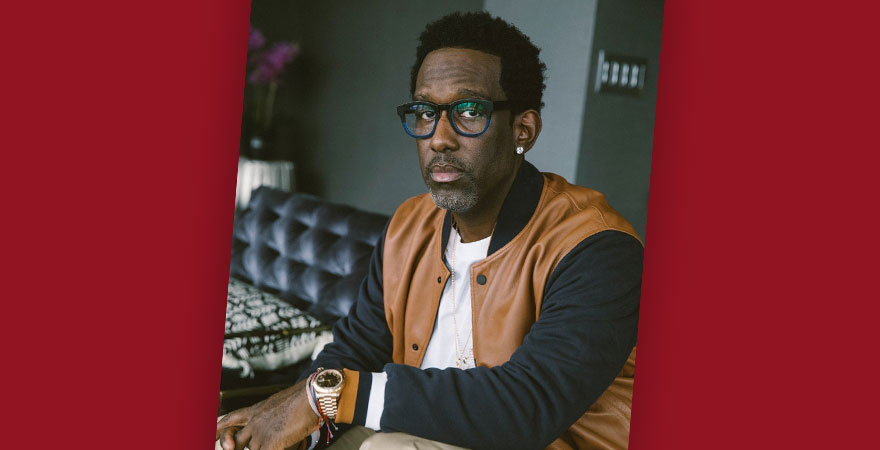 For more than two decades, Shawn Stockman and his group Boyz II Men have been swooning audiences across the globe. In our exclusive All Access interview with Shawn, we discuss the group's longevity, the power of music videos, their latest movie appearance, and more! Celebrate Valentine's Day early with Boyz II Men live in concert on Thursday, February 13 at 8pm!

Kelly: Welcome to All Access with State Theatre New Jersey I’m your host Kelly Blithe. This is the show that takes you behind the scenes and behind the curtain of the legendary State Theatre in downtown New Brunswick. Now music is big for the State Theatre, we have a lot of music acts coming through in 2020 and gearing up for Valentine's Day we have a very special act—very appropriate—it’s not Valentine's Day quite it’s February 13th, Thursday February 13th 8pm performance, that is Boyz II Men returning to the State Theatre back by popular demand and with us today is Shawn Stockman from Boyz II Men. Welcome Shawn!

Shawn: Hey Kelly, how are you doing?

Kelly: I’m great Shawn. This is so super exciting having you guys around Valentine's Day, I can imagine you are going to have ladies swooning in the aisles.

Shawn: Hopefully and hopefully some beautiful couples snuggling up, we try to prep things for later on that evening for all the couples out there too, we try to keep it romantic.

Kelly: Nice, nice you know Shawn you guys have done it all you’ve toured the country, performed on cruises, you have made television appearances, and movie appearance, there is just no area that you guys don’t tackle. How crazy of a life is this, did you think that this was going to be your life, when you look back growing up in Philly, was this going to be your life, did you see this happening?

Shawn: No actually, you always have high hopes and aspirations for those kinds of things but to have it been to this level I would have never dreamed or imagined it. I always say my life doesn’t suck we don’t all have perfect lives; we all have glitches here and there but for the most part my life is good, and this is a beautiful to live out your dream for as long as we have been. No complaints here, were looking forward to performing for the people in New Brunswick, coming back, thank you for the demand. Let's try to give everybody a nice beautiful show for Valentine's Day.

Kelly: One of the things you have been known to say is, when people ask you what’s the secret you guys staying together all of these years, so many groups have come and gone by the time you guys are here still so many years later. I love that you say it’s respect, respect for each other and each other's abilities, and what you bring to the table. I just really think that’s inspiring. Do you still feel that way?

Shawn: Absolutely that’s what keeps us together, the idea and the fact that we respect each other not just our closeness but our space. We’ve grown up together, evolved together, and changed together, we respect each other's space as human beings as we all change as individuals we give each other that to make sure that we are still able to do what we do and love what we do. It’s like any relationship you got to have respect for the individuals for the relationship to withstand all types of mess—which it will. Everybody goes through things, but respect helps you to know that you got a good partner next to you and are able to withstand those types of issues.

Shawn: Yeah, it’s weird because I was just talking to my wife about a particular idea and putting videos and music videos in the forefront a little bit more because it’s one of those things where it helps you understand the artist more. It gives you more of a visual, a better connection with the artist because you see them singing the songs and you might have had a particular story about what the song means to you and you discover what the song means to the artist. It’s deeper than just having a video where your flossing and you’re doing all types of flamboyant stuff, you're just telling the story, videos when we were doing them were like mini movies and we treated them as such. It tells a lot; it tells a story to a fan of a song and they can actually visualize what you were thinking. Hopefully in 2020 there will be a turn for music videos, and they will be more emphasized on.

Kelly: You’re right they were like mini movies; I want to say that “On Bended Knee” was kind of like a mini soap opera. But was like what’s going to happen to these characters?

Shawn: Right, right, exactly that was the cool thing about that video in particular because coincidentally we had soap opera leading ladies in that particular videos and the fell right into character and they gave the drama. It’s a short four minutes, so you do a lot in those few minutes. They delivered, they told the story and it made the song that much better and people could piece it with the particular video itself. It creates memories and it creates moments; a good video only helps the song it doesn’t hurt it.

Kelly: You continue of course create moments for folks around the country when you guys go out and tour. You guys have been to the State Theatre a few times now and when you come back, I hope you do this one. I specifically remember when you guys do “Motownphilly” there is something about that song that really just... maybe it’s the area, were right by Philly, people just do crazy. Do you find that song, is that all across the country or is that an East Coast thing?

Shawn: It translates throughout everywhere we go. It was one of our biggest hits it was our introductory song the whole world heard of ours. It kind of resonates with everyone, at least I believe because it’s the first time that people heard Boyz II Men. I think it gives that type of nostalgia and people start doing old school dances to it. That’s what it’s all about pulling out those pieces of nostalgia that people crave and come to our shows for.

Kelly: Yeah, and a big part of you guys in your early years was you guys dressing up in matching outfits or similar outfits. Do you guys still kind of do that or has that gone by the wayside?

Shawn: We’re still kind of uniformed we still keep it that way. The clothes have changed but the idea of the kind of uniformed approach will always be what we do. There might be moments when we might spice it up and do some different things depending on the event, but all in all when it comes to our concerts we try to keep things very much uniformed and one mind when we are up there as a group.

Kelly: That speaks volumes about what you were saying about having respect for each other your all kind of one mind, I think that’s really cool. I mentioned that you guys have especially recently have been featured in TV and movie appearances. Recently I saw you guys in the “Long Shot” with Charlize Theron and Seth Rogen it was just a wonder moment, kind of like a fan moment. That was really cool, that had to be cool for you guys to kind of be like you’re the band that they love, that they want to see, and everyone is rooting for you.

Shawn: It was very cool; Seth Rogen and Charlize were extremely sweet and extremely kind to us and they were just as excited us being there as us meeting them. It was a very cool moment and we still do some things for them and we still keep in touch it developed into a pretty nice friendship, it’s very cool, it was a nice little moment and they’re funny as hell. That helped too, it was a nice experience.

Kelly: Love it, love it. You guys are always thinking what’s next, what comes in the future, what’s the next project. What are some of the things you guys have coming up in the near future?

Shawn: We have a few things, some very, very soon in the future, that I can’t announce right now, I'm excited I want to, but I can’t. It’s forthcoming, trust me, it’s gonna happen in the next four to six weeks and everybody will know about it. It’s a group project that we have been working on for about a year now, it’s finally done, and we are just putting the finishing touches on it. We’re excited about it. Also, a potential tour and stuff like that, a lot of good thing in 2020. We’re looking forward to this year, this is going to be a fun, fun year.

Kelly: We’re talking to Shawn from Boyz II Men, on Thursday February 13th check them out at the State Theatre, tickets at STNJ.org. Now Shawn, I have to ask you. You do have kids, do you see your kids dabbling in the music business?

Shawn: You know what, I think my daughter wants to, she loves it, and I think my son does too, but he’s been hunkered down so heavy with schoolwork, that he’s had to put that to the side, but he’s extremely talented. My daughter, she’s followed in my son's footsteps, she loves the showtunes, she loves the Broadway stuff, and things of that nature. She watches Hairspray and Grease and all that stuff all the time. She’s going to be a little triple threat, she’s going to be able to sing, dance, and act. I can definitely see that happening for them. As long as they listen to Daddy and continue to do what they have to do to be great, I would welcome it, as long as they are serious about it.

Kelly: Awesome, I can assume we can check out more information on your website, and you guys are involved in socials and everything?

Shawn: Yes, you can go on our Instagram, that’s where we are most active @BoyzIIMen you can check me out too @shawnstockmanofficial that’s pretty much it, were rolling, everything is cool, and we are looking forward to New Brunswick.

Shawn: My pleasure. Hope you enjoy, see you in February. 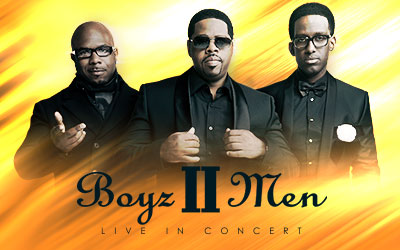 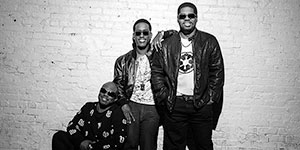