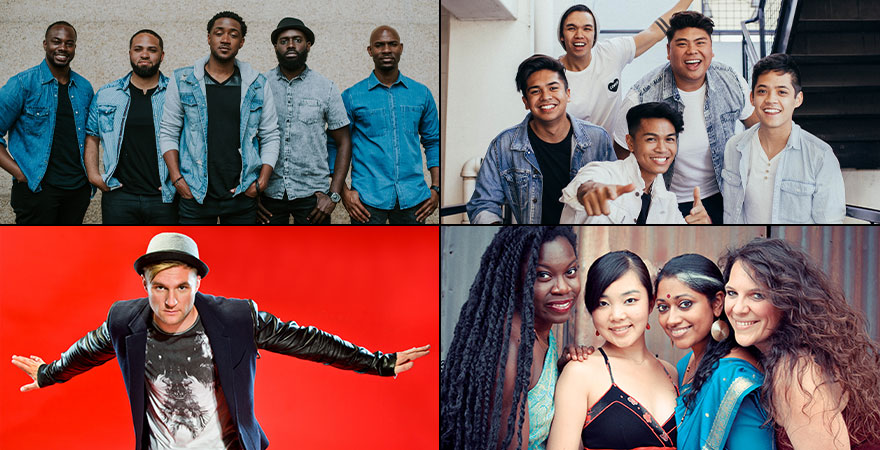 Deke Sharon, the creative mind behind the musical mashups and perfect pitches in the Pitch Perfect series, weaves together yet another group of talented vocalists in A Cappella Live, coming to the State Theatre on March 7. Following the success of Sharon’s hit television show, The Sing-Off, he’ll be bringing some of the show’s winners and other critically acclaimed a cappella acts with a lineup that includes Committed, The Filharmonic, Women of the World, and Blake Lewis.

Blake Lewis, known to many adoring American Idol as a finalist in the show’s sixth season, ties together his masterful beatboxing skills with his impeccable voice. Lewis has released four solo albums including Audio Day Dream released a year after his American Idol debut, Heartbreak on Vinyl in which the album’s title track went #1 twice on Billboard’s dance chart, Portrait of a Chameleon which Lewis likes to ascribe as “future pop,” and his latest album Wanderlust Unknown. After signing to Republic Records in 2013, Lewis embarked on his own endeavors and established his own record label, Audio Day Dream Records, naming it after his debut album. Lewis also recently collaborated with fellow A Capella Live artists the Filharmonic, covering Shawn Mendes’ “If I Can’t Have You.”

The Filharmonic received their big break after competing on The Sing-Off. Performing classic '90s hits like “This Is How We Do It” and “I Don’t Want to Miss a Thing,” to today’s top hits, they quickly gained popularity nationwide. After their appearance on the Late Late Show with James Corden and Anna Kendrick in 2015 became a viral sensation, they landed a role in the highly successful Pitch Perfect 2. They soon made an epic return onto the Late Late Show to perform with Grammy® nominated artist, Shawn Mendes, in a 90s-themed musical battle. The group continues to perform across the country for colleges and universities, where they were named the #1 college-booked entertainment group of 2019.

Like the Filharmonic, R&B and gospel a cappella group Committed, stood out during their time on The Sing-Off, eventually crowning them season two winners. Committed formed during their time at Oakwood University, a historically black college in Alabama. After their successful run on The Sing-Off, Committed soon went on to release two Christmas albums and a debut album as well. The release of their self-titled debut album in 2011 (produced by Deke Sharon) featured a cappella twists on classics such as “Sweet Home Alabama,” Stevie Wonder’s “As,” and Chris Brown’s “Forever.”

Following their successful musical projects, Committed received critical praise from prestigious institutions such as the Grammys®, in which they were nominated for their rendition of the Christmas classic, “Do You Hear What I Hear,” in 2016. On the State Theatre’s All Access podcast, Geston Pierre from Committed gave an exclusive update on where the group is headed, stating that they are planning to put “together a short compilation album.”

Also formed right out of college, Women of the World was created after Japan-native, Ayumi Ueda, graduated from the Berklee College of Music. With the goal of showing that people of different races and ethnicities could come together to demonstrate peace and unity through music, Ueda’s once dream, became a reality. After the additions of Debo Ray from Haiti, Giorgio Renosto from Italy, and Annette Philip from India, Women of the World was established.

After competing in several international competitions, Women of the World went on to win the International A Cappella competition OPEN in 2017. They continue to perform across the globe with world-renowned orchestras and Grammy®-winning artists such as Bobby McFerrin. Performing in over 37 languages, and counting, the a cappella group Women of the World resemble the diverse women of today.

Varying in age, style, and genre each act all shares a common thread: their love for music. Deke Sharon composes an incredibly moving show that crosses boundaries to bring together the different worlds of a cappella on one stage. Make sure to see A Cappella Live on March 7 at the State Theatre New Jersey. 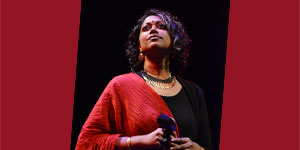 A Conversation with Annette Philip of Women of the World