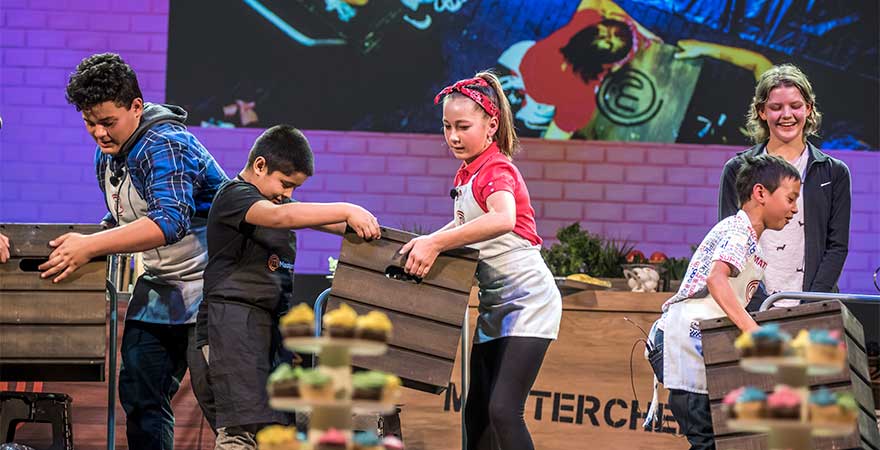 Watch past MasterChef Junior contestants go head-to-head in MasterChef Junior Live! as they do cooking demonstrations, compete in fun and occasionally messy challenges, and learn more about them in Q&A sessions at the State Theatre on March 8, 2020 at 7pm.

So who will be competing? First, there’s Malia Brauer, a season seven finalist. Brauer, a 12-year-old from Newhall, Santa Clarita, California, said she started cooking at the young age of four. Although then, she was only helping her mother with measuring ingredients and stirring. She would also help her Japanese great-grandmother make sushi rolls. Brauer was a fan of MasterChef Junior for years and would ask her mom to let her audition at the end of every episode. “My mom would caution me and say, what are the odds? I didn’t care about odds, I just wanted to go for it! So, we did!” Brauer said in her MasterChef Junior Live! bio. She ended up in the final three. Brauer’s favorite foods to make are pizza and anything with homemade pasta. Outside of cooking, she has a passion for dance and extreme sports.

Next up, there’s nine-year-old Matthew Smith, a fan favorite and top eight finalist from season seven. Smith, a resident of Livingston, New Jersey, also began cooking at only four years old. He has a passion for cooking and eating healthy and hopes to inspire other children to eat healthy, too. He said his favorite dish to cook is a rack of lamb with a Dijon mustard and rosemary coating, served with traditional Greek salad and tzatziki. According to Smith’s MasterChef Junior Live! bio, he also enjoys gymnastics, swimming, singing, piano, dance, and is the Vice President of his school’s student council.

Then, there’s season six's pigtail-wearin' favorite, Avery Kyle. Kyle, a 13-year-old Louisiana-native, began cooking at the age of 5, with some assistance from her parents of course. Kyle was one of the youngest contestants on her season of MasterChef Junior, being as she was only 9-years-old when the show's minimum age requirement was 8-years-old. She received rave reviews from the show's judges, and even had Gordon Ramsay ask for her crawfish etouffee recipe. Bringing her Southern charm with her, she made it into the finale, and was named season six's runner-up! Kyle continues to cook delicious dinners for her family and even has dreams of becoming an actress or a lawyer!

Finally, there’s Che Spiotta, the season seven winner. The 13-year-old Spiotta is from Upstate New York and won the $100,000 MasterChef Junior prize at the age of 12. His winning dish? An appetizer of pan-seared Santa Barbara prawns and cuttlefish on a bed of polenta with Calabrian chili powder; a veal saltimbocca with fingerling potatoes and a spring pea ragout with mushroom; and a flourless chocolate, olive oil cake with an orange glaze, fresh ricotta cream and pistachio tuile for dessert. Being gluten-free, Spiotta plans on using his prize money to open his own gluten-free Italian restaurant, his comfort food, or to create his own cooking show!

Watch these amazing young chefs compete and more at MasterChef Junior Live! at the State Theatre on March 8, 2020!

By Kaylee Landrigan and Veronica Flesher 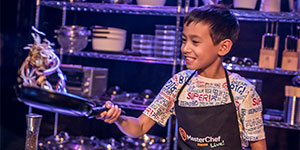