An Interview with Brock Bivens of The Play That Goes Wrong 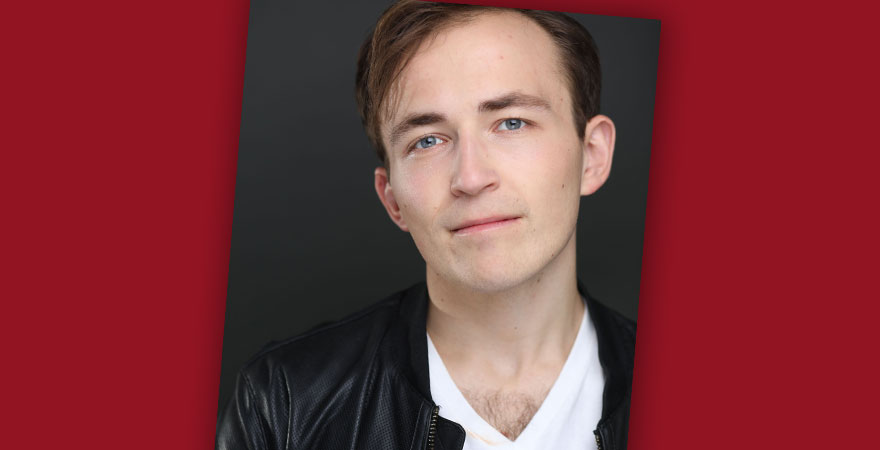 We had the pleasure of speaking with Brock Bivens, who is an understudy in The Play That Goes Wrong! Bivens tells us about his improv training, the organized chaos that happens on stage, and what it's like to be on a national tour as an understudy!

Kelly: And we're back on All Access with State Theatre New Jersey. I'm your host, Kelly Blithe, and we are so excited to continue State Theatre New Jersey's broadway series with The Play That Goes Wrong. So excited to bring this show to the State Theatre Thursday, April 2nd,* Friday, April 3rd,* and Saturday, April 4th.* There are four performances, three 8pms, and a matinee on Saturday so make sure you check it out at STNJ.org for tickets. While we are waiting for those tickets, we have with us today Brock Bivens from The Play That Goes Wrong. One of the performers/actors/I guess many things right Brock? Welcome Brock!

Brock: Yeah! Yeah, thank you! Thank you for having me!

Brock: Yeah. So without spoiling too much, because I think it's really good to go in blind, and just get the full experience, it is about a college drama society putting on a murder mystery play, and everything that can go wrong does go wrong. It's a little bit like Sherlock Holmes meets Monty Python. It's big, it's slapstick, you won't stop laughing from the beginning to the end. It's a wild, good time.

Kelly: Oh nice! A wild, good time is a nice explanation for it. It is. Of course, I introduced you as actor, performer, you're like a physical comedian. Like everybody in the show has some improv. There's so many things you do in the show, tell us about your role or roles in the show.

Brock: Sure. So I'm one of the male understudies. There's two of us and we each cover five roles in the show. So there's six guys, we each cover five of the guys. So we have to kind of know the show inside and out. We know all of the big slapstick bits, we know all the contingency plans, we know where to be at any given moment. And then on top of that, we do a little pre-show bit that I don't want to spoil for anybody but we do like a 15 minute pre-show, so you're gonna want to get to the theater early to catch the pre-show.

Kelly: So you went to Emerson College if I have that correct?

Kelly: Is that where you picked up your improv skills?

Brock: You know, I got a lot of great training at Emerson, but I actually did improv at Upright Citizens Brigade in New York and L.A. So I studied improv there, I took all their classes and went to their advance study program. The show itself is actually pretty structured, The Play That Goes Wrong is really structured, so we don't actually use a ton of improv, but it is helpful for the pre-show bits and interacting with the audience.

Kelly: Sure, sure. I think it's important to note that because it's The Play That Goes Wrong, but it's like incredibly detailed and everything is right. Right? Like that's the whole point. It's the reason your able to do all this crazy stuff and sets and stuff to go all crazy and haywire is because it's so well done. Do you ever feel nervous when your on stage? Have you ever felt like something was out of place or if there's a little kind of thing that offsets anything?

Brock: Well you know, we get away with a lot because the show is called The Play That Goes Wrong. So if something actually does go wrong, we are able to cover it really well, and the audience, and often times people who have seen it multiple times and they see a performance where something actually does go wrong, they think it's part of the show, even though they've seen it before because they don't remember that wasn't one of the bits. [Laughs]

Brock: So one of our actors has a funny story from early on in the run that he likes to tell where he kicked the door for an entrance and the door came off. And the door is not supposed to come off. [Laughs]

Brock: And the audience thought it was part of the show.

Kelly: Right, right, right, right. Because yeah, everything else is coming off, so why not the door, right? [Laughs] So I know people are always interested in the process of how people get on national tours. It's kind of a two-parter right now. One, is how did you land this gig? And then the second one is I'd love to hear more about the understudy process because people are always like "how do they remember all that stuff?" and they have to do it at the last minute kind of thing. So first I guess is, how did you land this gig?

Brock: So I had been in New York for five, six years and I was a reader for the casting director in New York. And so I was being a reader for this show, and he asked me if I wanted to come to callbacks for the show and I went through about three or four rounds of auditions where they kept adding more characters and kept giving me more stuff to learn. And then, we had our final auditions and they asked me to come back one more time and then I found out I think two days after that final audition for the director, and the associate director, and the casting director that I was going to be on tour as an understudy. And then to answer your second question, what understudying is like, we do it very carefully.

Brock: We learn through understudy rehearsal, we generally have an understudy rehearsal about once a week. And we just kind of tackle it slowly but surely as fast as we can. We start by memorizing all the lines, just making sure we know the entire show inside and out. And then from there, we took a lot of rehearsals to learn more about the physical bits to make sure everyone was safe and well executed. And then, from there we start to learn the blocking and everything else.

Kelly: You know, again not everyone can do improv. I know I keep calling it improv, but you know, the kind of physical comedy. This is a testament to you and the other actors in the show that it's a different kind of show, right? Do you find yourself now addicted to this kind of physical comedy, or do you see yourself kind of branching out later to some other kind of, you know I don't want to say calm shows, but you know what I mean. Like something that takes less physical involvement.

Brock: [Laughs] I love this stuff! I loved it ever since I was a kid. I love to do this kind of big slapstick, running around on stage. It's exhausting, but in the best way possible. Like you sleep well once you've done a show.

Kelly: And people need it right? So the show is The Play That Goes Wrong, Thursday, April 2nd 8pm,* Friday, April 3rd 8pm,* and Saturday, April 4th at 2pm and 8pm.* You can get your tickets at STNJ.org. So make sure you check it out, and you'll see Brock Bivens. Thank you so much for being on All Access, and we look forward to laughing, man. I'm glad you like to do it because we are ready to laugh! 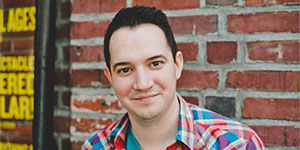 Interview with Matt DiCarlo, Tour Director for The Play That Goes Wrong