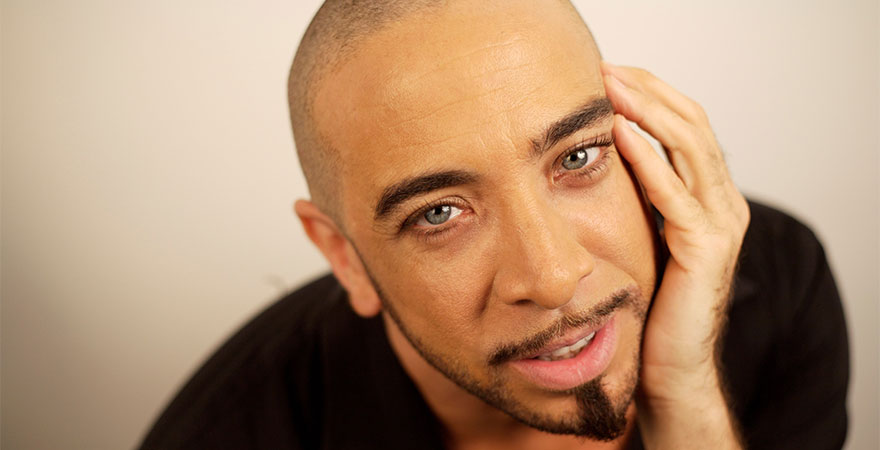 All Access had the opportunity to speak with co-founder and co-artistic director for Complexions Contemporary Ballet, Dwight Rhoden! Dwight chats about the program of Bach to Bowie featuring Bach 25 and StarDust. Rhoden also tells us about what he looks for in dancers that join his company, his dance tribute to David Bowie and the diverse music catalog featured, and more! See Complexions Contemporary Ballet on January 28 at 8pm!

with Kelly from All Access and special guest Dwight Rhoden, co-founder and co-artistic director of Complexions Contemporary Ballet

Kelly: And we're back on All Access with State Theatre New Jersey. I'm your host Kelly Blithe. Spring brings dance to the State Theatre! We are so excited to bring in this company on Tuesday, March 31, an 8pm performance. I am talking about Complexions Contemporary Ballet. The program is Bach to Bowie featuring Bach 25 and StarDust. We are so super excited to have with us today the co-founder and co-artistic director of Complexions Contemporary Ballet, Dwight Rhoden. Welcome Dwight!

Dwight: Thank you! Glad to be here.

Kelly: So Dwight, this program Bach to Bowie, wow, what a combination! Tell us your thought process in putting these two works together in one full program.

Dwight: Complexions itself has always been about bringing these seemingly different things and putting them under one roof, or on one stage, together. It's kind of what we do and who we are as a company. We really celebrate diversity. We try to put contrasting elements together and really make something different, thought-provoking, and provocative. Bach 25 was choreographed last season in celebration of our 25th anniversary season. I choreographed StarDust, which is a tribute to David Bowie, all David Bowie music, and that was put together in 2016. Once these two pieces were done, myself and the co-director Desmond Richardson and I just thought these two ballets would look beautiful together in one program. It was just more or less experimenting to see what works well together. We just loved the contrast.

Kelly: Yeah. David Bowie, what a subject, what a person, to dedicate this to. There's so many ways you could have gone in the areas of the life and the music of David Bowie. What did you focus on specifically, or do you feel like you have a well-rounded combination of life and music?

Dwight: It's not autobiographical in any way other than we go through his catalog and visit many different areas of his music. As you know, he just about touched every genre of music; everything from punk, rock 'n roll, R&B, you name it. He was a part of that. I think the piece itself is a big celebration. It's kind of choreographed in a rock-opera style. The dancers take on Bowie figures at different points in his life. Basically we're celebrating his provocative nature of his performance quality and he's ever-evolving looks and personas. He was always reinventing himself. He was very colorful in many ways. It just lent itself to dance and certainly to theater and performance. It was a pleasure making this work. First of all, I'm a David Bowie fan, a huge fan. It was amazing to put this together.

Kelly: When I was reading the program of which songs were included, it seems like a very full program. I'm super excited. I'm also excited about Bach 25. I'm a classical music fan. I guess you can say those kinds of guys, Bach, was the rock star of his day.

Dwight: That's what I think. He was definitely somebody who was moving the envelope forward with classical music. He definitely was somebody who was provocative in his time. Bach 25 is a very dance-y work. I created it just because he's one of my favorite classical composers. I wanted to have something that had joy. The piece isn't really about anything other than the fact that we're celebrating the music and the movement together—kind of the union of those two things. It's very dynamic, very physical. It puts you in the Neo-Classical or contemporary ballet style that is very typical for Complexions. It definitely has an energy even though the music is classical, I feel like it's very rhythmical, rich, and vibrant. The dancers really do a beautiful job in going from Bach to Bowie just because they're so versatile. I think it's kind of good for an artist to be able to be one way in one ballet and completely change your hat and do a completely different take on movement.

Kelly: I got to say, your dancers in your company, they're just amazing to watch. I applaud you on selecting the dancers. I'm sure that's a crazy process of who gets to be in the company. Can you tell us a little bit about that? You guys—you and Desmond founded this over 20 years ago—had your idea of what you wanted the company to be so obviously the dancers have to represent that.

Dwight: Yeah, I mean, it is difficult. Complexions is not a conventional type of a company at all. We are not looking for anyone to be alike or the same. In fact, we're looking for the opposite of that. We're looking for very, very, very different types of dancers—individuals. Certainly we want them to be very well-trained and have an instrument that is ready to go. Pretty much, they need to be versatile. They need to be able to have a strong classical base, but also be able to move in a contemporary fashion and have their own ideas and perspectives. My job is to organize all of those differences and try to make a cohesive product. I have to say, the selection process is difficult because it's like a stew. It's all these different, beautiful ingredients coming together in one place and you have to keep it rich and different. It changes every time. If there's a new dancer, or a dancer leaves and another dancer comes in, it's like reinventing the whole thing all over again. That's kind of the fun part because they have to find their chemistry. I think the dancers themselves are really—this group that we have right now is probably one of the most brilliant groups we've had in a long time. I guess I might say that all the time because we're picking them. But, I'm very proud of them and they bring a real generosity from the stage to the audience in a true Complexions way I would say.

Kelly: I love that, "like a stew." The new dancers are the new ingredients!

Kelly: So, before you and Desmond Richardson founded Complexions, you were a principal dancer in Alvin Ailey Dance Company. Do you miss it? Do you miss being a dancer?

Dwight: I don't miss being a dancer. I have to say, Desmond and I had an amazing time at the Ailey Company. We are so proud of that legacy and that connection to that company because that was the beginning of our creative relationship. It's where I started to choreograph in a serious way. I always choreographed, but that's where I kind of started. Judith Jamison, who was the director of Ailey at that time, gave me my chance to do my first big work there. So, that's where the whole choreographic bug began and I  wanted to do more. Desmond and I collaborated because we were best friends when we were in the Ailey Company. We had common ideas, and we wanted to do something different. That's how Complexions was born. It was just out of the desire to create our own platform for our ideas. That was the beginning. I don't miss dancing anymore, I like my place which is kind of behind the scenes and guiding the vision.

Kelly: You're kind of living the dream. You started a company with your best friend, and here you are how many years later? That's just amazing.

Dwight: Yeah, we're in our 26th season. I can't even believe that it's been that long because it's just busy all the time. We just keep going. With touring, keep creating new work, bringing in new dancers, it's a busy occupation. And it's difficult, too. It's hard sometimes with dance and keeping the performing arts alive, it's tough. But, we have somehow survived. I think we're thriving at this point. We're just very excited for what's to come.

Kelly: We are talking with Dwight Rhoden, the co-founder and co-artistic director of Complexions Contemporary Ballet, coming to the State Theatre Tuesday, March 31 at 8pm. You can get your tickets at STNJ.org. Now, Dwight, I know the company has been featured on So You Think You Can Dance, right? Is that a more grueling schedule, or is that more of a quick turn around? What is the process for that versus putting together a piece that you're going to put on a stage and tour with?

Dwight: Well, it's very different. Number one, you only have on TV about a minute and a half, sometimes two minutes at the most for your number. Basically what you see on So You Think You Can Dance, the choreographers have about five hours with the dancers, five hours divided up over a couple of days. You have to come up with your routine and be able to put it together. There is a lot of fun, a lot of pressure. You want the contestants to look great, but you also want to make sure you push them and challenge them with it. I love doing television. I've worked with musical stars, worked in musical theater, and also worked on the concert stage for dance. I just love all of it. Television is its own crazy world. It's quick turn around, you have to be fast on your feet and ready to go.

Dwight: One of the first people I've worked with was Prince actually. It was my first sort of commercial job. It was right as I had left the Ailey Company to get out here and get my work out as a choreographer. I was very lucky to have had those opportunities.

Kelly: Wow! Prince was your first?

Dwight: I know, started at the top, huh?

Kelly: It's like you want the opposite, but that's awesome! Dwight, it's been great talking to you. I am so excited to see Complexions. I got to tell you, I've watched the video clip for this show many times so I encourage everyone else to watch the video clip and then buy the tickets and come see Complexions Contemporary Ballet. The program is Bach to Bowie featuring Bach 25 and StarDust. Make sure you check it out. Tickets at STNJ.org. Dwight Rhoden, thank you so much for being here on All Access, and we look forward to the show on March 31!

* = this show has since been rescheduled to Friday, January 28 at 8pm. 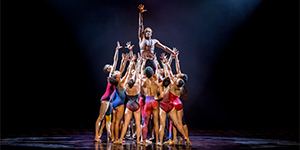 From Bach to Bowie