A Tell-All Of ABBA's Career and Lasting Influence: From Humble Beginnings to The Visitors 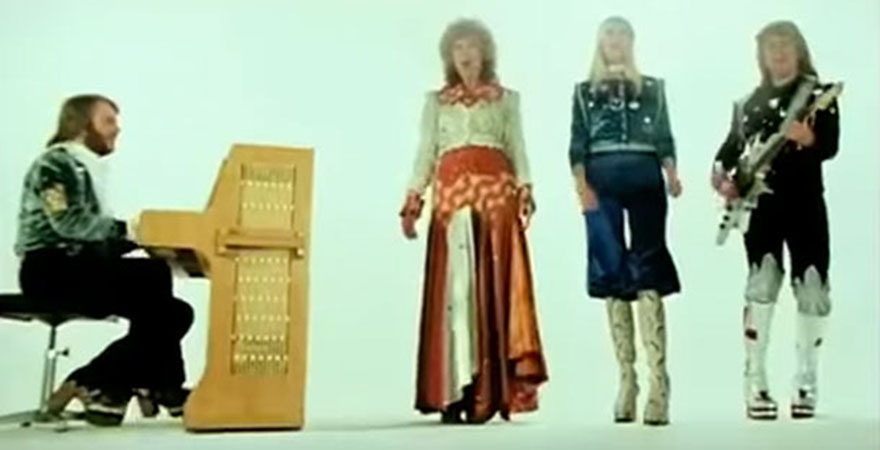 ABBA: one of the most commercially successful musical acts in the history of popular music. From "Waterloo" to "Mamma Mia," their hit songs have provided fun and catchy tunes for every "Dancing Queen" to enjoy. Throughout their career, ABBA, with their eccentric style, fun-loving nature, and pop-disco sound, has captured millions of hearts and undeniably influenced the world. And, on October 22, 2021 at 8pm, the ABBA experience is coming to State Theatre New Jersey with ABBA The Concert!

It all began in the year 1966 when Swedish natives and aspiring musicians, Björn Ulvaeus and Benny Andersson, met and wrote their first song together. Three years later, in Stockholm, Sweden (1969), Björn and Benny met two other aspiring musicians, Agnetha Fältskog and Anni-Frid Lyngstad. In 1970, a year after they all met, Björn, Benny, Agnetha, and Frida decided to put their musical talents together; the four created a cabaret act called Festfolk (aka “engaged couples”). After this, Agnetha and Frida would become romantically involved with the two men—Agnetha and Björn married in 1971, and Frida and Benny married in 1978.

Two years after becoming a group, the four musicians released one of their first songs: "People Need Love." The song would go on to become a medium-sized hit in Sweden. Delighted with this news, the four gained the confidence to enter a selection for the Eurovision Song Contest—an annual international songwriting competition held by the European Broadcasting Union with thousands of participants. The competition was to conclude with one winner whose song would be selected to be performed on live television and the radio. ABBA entered the contest with the song "Ring Ring." Although they finished third in the competition, the single, and soon after, the album of the same name, were the biggest hits of the year in Sweden.

It was shortly after this, in 1974, that the foursome changed their name to ABBA, an acronym for their first names. Deciding to give the song competition another try, ABBA wrote the song "Waterloo." This time when they entered the Eurovision Song Contest, they won! After their winning performance of "Waterloo", the song reached number one on the charts all over Europe. It also reached the Top Ten in the U.S. 18 months later, they hit the charts again with "SOS" and "Mamma Mia." These songs were from their album entitled ABBA.

After the success of ABBA, the group became a hit around the globe. In 1977, "Fernando" and "Dancing Queen" topped international charts. During the same year, the group toured their next album, Arrival (including hits such as "Money, Money, Money"), and began shooting ABBA—The Movie. The film premiered in December of the same year and coincided with the release of ABBA—The Album. Hits from this album included "Take A Chance On Me."

In 1978, Björn and Agnetha announced their divorce. However, singles "Summer Night City" and "Chiquitita" were major successes, and ABBA’s sixth album, Voulez-Vous, was released. In 1979, a compilation album of ABBA’s greatest hits became an international sensation. In 1980, ABBA took their tour to Japan. This tour turned out to be their very last in front of a paying audience. The rest of the year was spent recording ABBA’s next album, Super Trouper. Super Trouper contained hits such as the title track and "The Winner Takes It All." In 1981 Benny and Frida announced their divorce and ABBA’s eighth studio album, The Visitors, was released. This album included the single "One Of Us."

In 1982, an LP, The Singles—The First Ten Years, was released. This LP included the song "The Day Before You Came." However, after the four decided to work on separate projects (Björn and Benny going off to write the musical Chess and Agnetha and Frieda spending time on their solo careers), ABBA decided to take a break.

In 1999, 17 years after what was once called a “temporary break,” a musical based on the songs of ABBA, Mamma Mia!, premiered in London. Premiering on Broadway two years later, the musical has been seen by more than 60 million people (including Agnetha, Björn, Benny, and Frida) and has now been produced in over 440 cities. The successful movie version of Mamma Mia!, starring Meryl Streep, opened in July 2008.

One year before the Mamma Mia! movie, in 2007, The Visitors, an ABBA tribute band, was formed. Touring all over the globe, from Sweden to the U.S., they quickly became known for their incredible ABBA-sound and look-a-like performance. The Visitors have performed in Royal Albert Hall in London and with musicians who were once members of the original ABBA rhythm section. They are also a part of a Tribute Show in Sweden that, in addition to ABBA, remembers artists such as Elvis, The Beatles, Queen, and Michael Jackson. Now, they are selling out shows around the world with their own event entitled ABBA The Concert. ABBA The Concert, coming to State Theatre New Jersey, is known as the most professional ABBA production there is—“the best ABBA since ABBA.”

In 2010, ABBA was inducted into the Rock and Roll Hall of Fame and  ABBAWORLD, an interactive exhibit, opened in London. In 2013, ABBA The Museum opened in Stockholm, Sweden. In 2018, the Mamma Mia! movie sequel was released: Mamma Mia! Here We Go Again.

In 2019, ABBA Gold passed its 900th week on the UK Official Albums Chart. ABBA Gold is now the longest-running Top 100 album of all time.

Now, in 2020, although it has been almost four decades since the “break,” ABBA’s legacy lives on. The ABBA catalog is continually upgraded—including reissued and expanded Deluxe Editions of past albums, DVDs of past performances, and previously unreleased recordings. ABBA’s compilation CDs have sold 33 million copies worldwide to date, and cover bands, such as The Visitors, continue to tour the globe spreading ABBA love.

Itching for some more ABBA? Come experience The Visitors and what audiences are calling "the closest to ABBA you’ll ever get" at the State Theatre on Friday, October 22, 2021 at 8pm! ABBA The Concert brings one of the greatest pop phenomena back to life and continues to be the top ABBA tribute group in the world. This amazing concert features ABBA's most iconic hits including “Mamma Mia,” “S.O.S,” “Money, Money, Money,” “The Winner Takes All,” “Dancing Queen," and more! 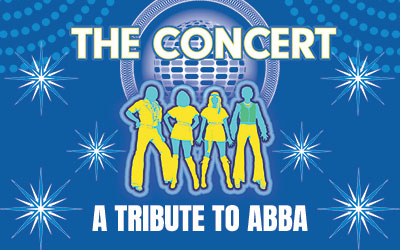 The Concert: A Tribute to ABBA