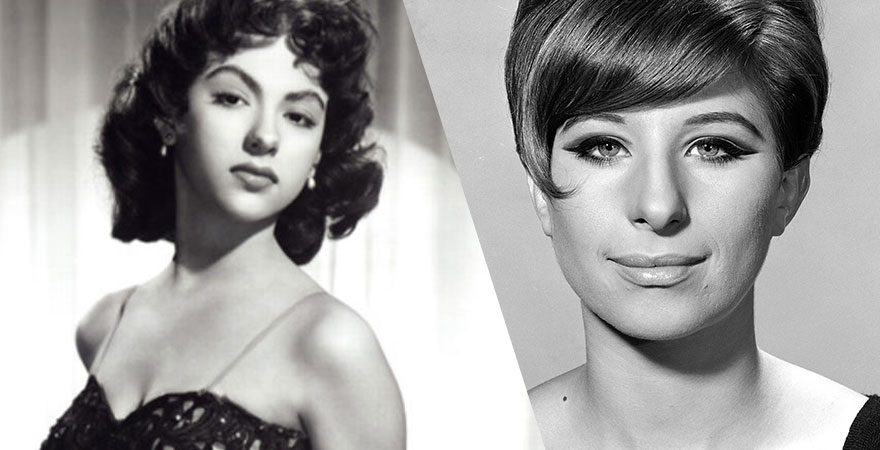 This year marks the 100th anniversary of the Women’s Suffrage movement and the passage of the 19th Amendment that guaranteed and protected a woman's constitutional right to vote—an anniversary that celebrates that strength. Like the women who fought for the right to vote, the entertainment industry has had strong women who have paved the way for many of today's artists.

Two of the entertainment industry’s most influential women are Rita Moreno and Barbra Streisand, who have revolutionized both stage and screen with their trailblazing careers. In the book Renegade Women in Film & TV, author Elizabeth Weitzman asked the two actresses of their thoughts about the industry and what it means to be a woman. Moreno and Streisand’s answers shine a light on their wisdom, truth, and unwavering strength.

Rita Moreno is one of the world’s only EGOT (Emmy®, Grammy®, Oscar®, and Tony®) winners, but her journey to stardom wasn’t always easy. Her hardship started at a young age when she moved to a tenement apartment in the Bronx from Puerto Rico with her single mother. Though she was only five when she came to the United States, Moreno’s innate and exceptional talent was already visible—as soon as she was old enough, she started auditioning for the movies. While Moreno was always brilliantly gifted, she explains that when she began her career, she had very little options available to her: “It was very, very hard to get work… it was inevitable for what I called the ‘dusky maiden’ roles. The doors were barely open in those times.” However, she kept moving. After going out on more and more auditions, she eventually landed the role she became most known for—Anita in West Side Story. West Side Story premiered in 1962, and shortly after, Rita Moreno became the first Latina actor to ever earn an Oscar®.

Unfortunately, even after receiving Hollywood’s greatest achievement, her worth as an actress and as a woman was hardly recognized. “I had played the ultimate Hispanic character, and there was nothing else for me to be offered but the same role in lesser movies.” But again, she kept moving. It was after this time of frustration that Moreno found the theater. The roles she played included Lola in Damn Yankees, Annie Sullivan in The Miracle Worker, and Serafina in The Rose Tattoo. It was here that Moreno began to reclaim her voice.

Now, at age 87, as she continues to find work, win awards, and observe what is happening in the industry, she is becoming more and more optimistic: “The thought of a young woman being able to say aloud, ‘I have worth, I have value,’ is thrilling to me.” Though her own time in the entertainment industry as a young woman left her feeling devalued and underappreciated, she is excited for the next generation of actresses; she believes movements such as #MeToo and Time’s Up to be “sign[s] from the heavens” and she is grateful that women are finally claiming their rightful space on-stage and on-screen. Although she claims to never have had a strong role model to look up to during the start of her own career, her perseverance, talent, and strength have made her a brilliant source of motivation for thousands of women today; the legacy she has built teaches us to “keep moving,” to fight for our worth, and to never give up.

Barbra Streisand is arguably one of the greatest female forces in all of entertainment. Having starred as Fanny Brice in Funny Girl, Esther Hoffman Howard in A Star is Born, Dolly in Hello, Dolly!, and Katie Morosky in The Way We Were, the two-time Academy Award®-winning and four-time Emmy®-winning actress is certainly a household name.

Streisand credits her success not on her once-in-a-lifetime talent, but rather, on her ability to “reject uniformly entrenched standards with so much conviction and will as to single-handedly erase them.” Streisand’s career launched in a time when a man was expected to take on multiple roles in the industry, but a woman was expected to only have one; be it actress, writer, director, or producer. However, Streisand didn’t want to do “just one thing.” “I want to be responsible for everything in my life, good or bad.” So, despite the double standard, she set out to do just that.

Streisand became the world’s youngest EGOT winner in 1995 thanks to her acting, composing, directing, producing, and writing abilities. Yentl, the first film that she wrote, produced, directed and starred in (premiering in 1983), won her a Best Director Golden Globe. In total, Yentl, along with the two other films she went on to direct, produce, and star in (The Mirror Has Two Faces and The Prince of Tides) earned 14 Oscar® nominations. To this day she is the first and only woman to receive such accolades. After receiving her EGOT in 1995, she went on to play roles such as Roz Focker in Meet the Fockers and Joyce Brewster in The Guilt Trip. She also returned to the concert stage and became the number one female singer in the U.S., setting records with numerous number one albums and sold-out tours. Today, she has 36 studio albums including Walls, her most recent release.

Despite her overwhelming success and the boundaries she had to break to get where she is today, Streisand continues to have a humble mindset about what it means to make art: “I want[ed] to use it [art] as a way to explore what was on my mind.” If she could give a piece of advice to any woman reading this blog today, she might tell them to use art to explore their mind in a similar way: “I know my truth and I use it. Truth transmits. Truth is the one thing that can touch people’s hearts and minds." To Streisand, the key to success if finding your truth, speaking your mind, and using the power of art to express what you have to share with the world.

And, through it all, Streisand believes that what is most important is for women to support other women: “When we come together, we can make a difference.”

Rita Moreno and Barbra Streisand's stories and their words instruct their fans on how to be confident, truthful, and fearless; how to know your own worth and how to use your unique, innate talent to express yourself. They are two trailblazing women who changed the way movies, TV, and theater are made and have paved the way for women of the future.