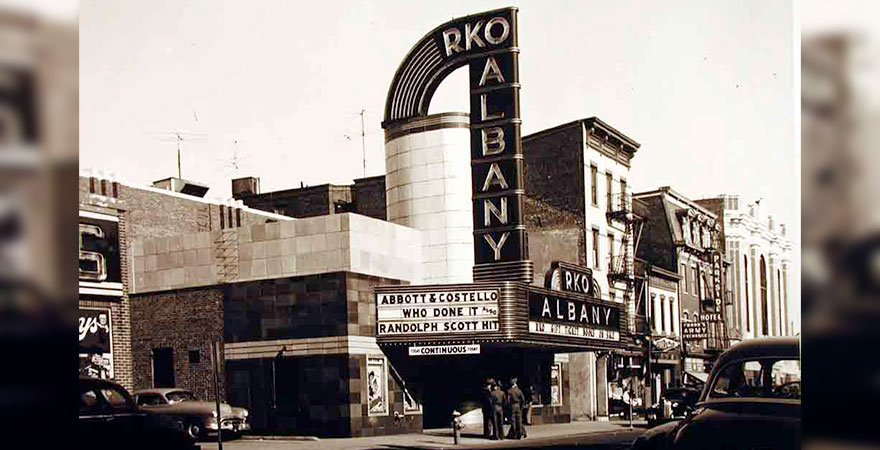 State Theatre New Jersey is the oldest New Brunswick theater still standing in its original structure. Built in 1921, State Theatre has been a staple for the community across generations. Did you know there were four additional theaters in New Brunswick not very long ago? 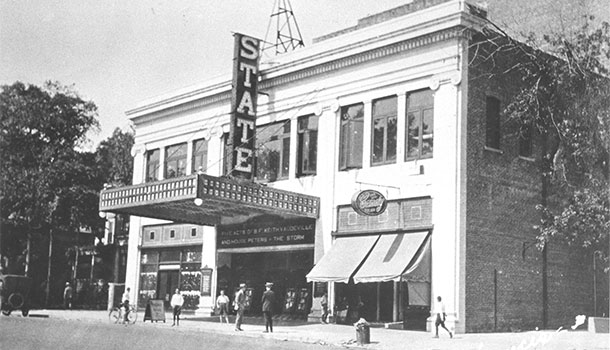 Built in 1840 on the busy corner of George and Albany Streets, The Strand was originally a church. After opening as a movie theater in 1916, the venue primarily showed “oatburners”—otherwise known as cowboy films. In 1970, the theater changed owners and was rebranded Arts Cinema. Their new identity focused on both foreign and domestic art motion pictures with the hope of drawing in the Rutgers community. They wanted to rebrand the image of the theater, which had become controversial in the years leading to the ownership change for showing X-rated films. The new owners drew in considerable audiences by embracing the Rocky Horror Picture Show. Unfortunately, this effort only worked for 10 years. By 1981, the theater had closed. 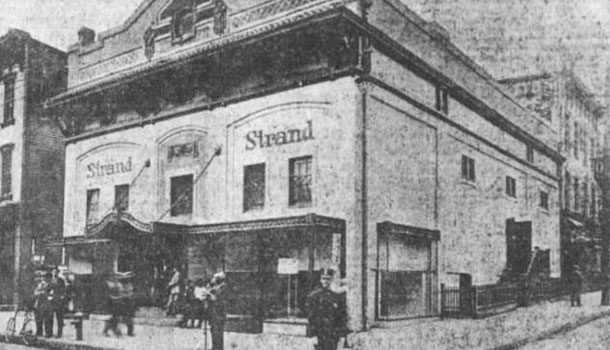 The RKO Albany Theatre was built 15 years after State Theatre New Jersey, in 1936. Like State Theatre New Jersey, it was operated by Radio-Keith-Orpheum (RKO). Of New Brunswick’s closed theaters, the RKO Albany, named for its location at 41 Albany Street, is perhaps the most well photographed. The RKO Albany opened with a showing of the 20th Century Fox movie musical Sing, Baby, Sing starring Alice Faye and continued to show dazzling motion pictures during the Golden Age of Hollywood. The theater was renamed RKO International 70 in 1974. By 1978, however, the theater was closed and torn down. 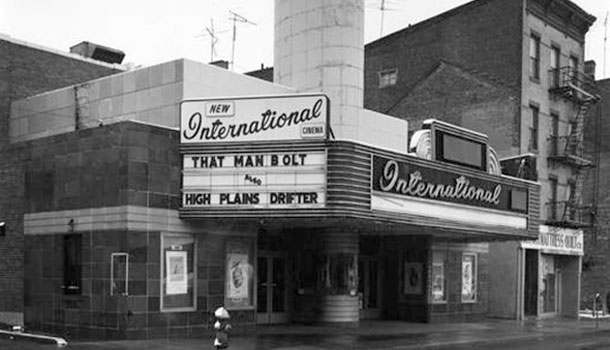 The RKO Rivoli was built in the same year as State Theatre, 1921, but it was closed by 1976 and eventually demolished. The land where the Rivoli once stood is now occupied by the Johnson & Johnson World Headquarters complex, designed by renowned architect I.M. Pei and opened in 1983. When corporations began to leave cities during the ‘50s and ‘60s in a period known as “Urban Flight,” J&J executives made the decision to stay in New Brunswick, thanks largely to the work and advocacy of the late John J. Heldrich, then Corporate Vice President of Administration at J&J. The decision helped to revitalize and sustain New Brunswick and benefits the city even to this day.

The Bijou Theatre had the shortest lifespan of all New Brunswick theaters, opening in 1914 and operating for only 16 years. Even though extensive alterations were done in 1928, the theater was still closed by 1930. Located at 339 George Street, you can now find Liberty Plaza, which houses eateries such as Dunkin Donuts, Hub City Brewhouse, and Esquina Latina.

New Brunswick’s theater community has a vibrant history and each closed theater held the memories of audiences and artists alike. As State Theatre New Jersey stands tall, we are inspired and humbled by their legacies.