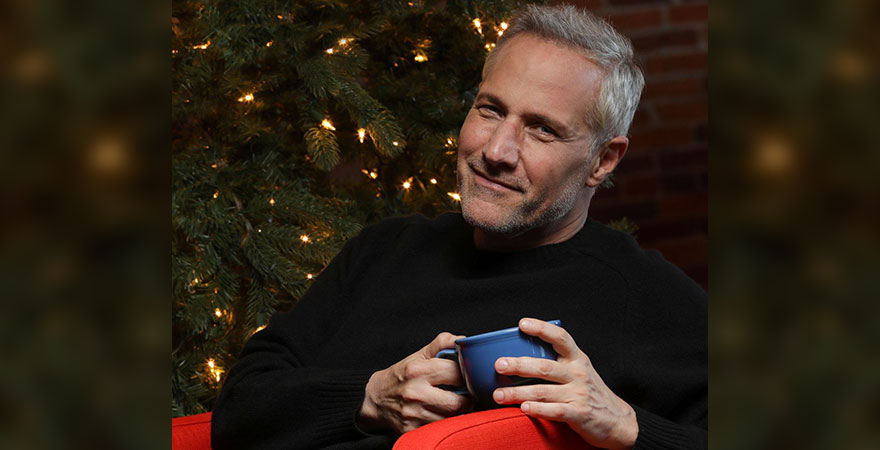 Jim Brickman, the Grammy® nominated singer-songwriter and pianist, will be performing his live “Comfort & Joy at Home 2020” virtual tour this holiday season! Brickman is bringing comfort and joy directly to your home, performing songs from his brand new album Soothe Christmas. His virtual State Theatre performance will take place on December 12. So, break out your gingerbread cookies and eggnog and get ready to celebrate the holidays with one of the greatest pianists of our time!


Who is Jim Brickman?
Although Jim Brickman is the best-selling solo pianist of his generation, his musical talent was not immediately apparent to others. When he began studying piano at the age of five he had a difficult time adhering to his strict lessons. His piano teacher told him he "didn’t have the knack for it,” but Brickman was not discouraged. His passion for music and his unique style of storytelling allowed him to forge his own way into the music business. He started out his career in advertising, writing commercial jingles. He worked with many popular big-name brands, creating songs for companies such as McDonald’s, Pontiac, and Cheerios.

Brickman found success in advertising, but his true desire was to create music of his own. In 1994, after a few years of writing jingles, he was signed to Windham Hill Records. In 1995, he released his first album, No Words, with the hit song "Rocket to the Moon." This song became his first solo instrumental piece to rank on the Billboard charts. Since recording his first album, Brickman has gone on to sell eight million albums worldwide. He has collaborated with popular artists such as Lady Antebellum, Donny Osmond, Kenny Rogers, Olivia Newton-John, Johnny Mathis, and many more. He has performed in numerous television concert specials and has ventured outside of music as the author of three best-selling books and host of his own radio show, The Jim Brickman Show (which is celebrating it's 20 season).

The Holiday Season’s favorite Pianist
Music...radio...books… what can’t this man do? Well, if you weren’t impressed enough by Brickman’s many ventures, wait till you hear what he has in store for the most wonderful time of the year!

Somewhere between writing jingles and selling 8 million albums, Brickman has become one of the holiday’s favorite recording artists. Giving Michael Bublé a run for his money, he’s released over 10 (yes 10!) holiday Christmas-themed albums, including The Gift, Christmas Romance, and The Hymns and Carols of Christmas.

From originals to piano arrangements of classic hits, Brickman has enough Christmas music to get you through the entire holiday season. Check out this Jim Brickman Christmas Playlist to hear what the hype is all about!

Brickman’s music has always been centered around the themes of hope, faith, and peace. “I write music to be shared—to soothe, to inspire, to celebrate, to love. To me, music is the pure and simple soundtrack to life’s most memorable moments.” A portion of each ticket purchased to this LIVE virtual event will benefit State Theatre New Jersey. We hope you can join us this holiday season for Jim Brickman's virtual concert “Comfort & Joy at Home 2020” on Saturday, December 12 at 7pm.