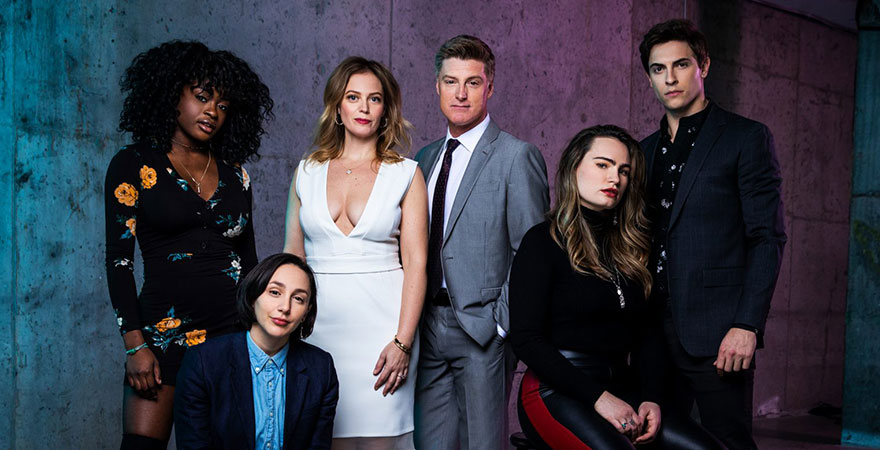 Jagged Little Pill is a hard-hitting and intimate musical that encompasses themes of  individuality and accepting one’s identity and story. This Broadway performance was inspired by Alanis Morissette’s Grammy®️ Award-winning Jagged Little Pill album with electrifying music that tells the story of the Healy’s, a family who seems to be perfect but instead has underlying situations not known to the public. Jagged Little Pill is unlike other shows where it demonstrates nontraditional stories not normally displayed in musicals. Now for the first time since Broadway, the cast will reunite  on December 13 for Jagged Live in NYC: A Broadway Reunion Concert.

One of the first themes immediately showcased in the musical is the value of individuality. Each character is introduced in an extremely different way from the rest and has their own intimate narrative. These main complex characters include The Healy’s: Mary Jane, the mother, Steve, the father, Franke, the daughter and Nick, the son.

To begin, Mary Jane, or MJ, experienced a car accident where she was given pain killers. Following this, she has become addicted to the painkillers and continuously took them daily. However, she knows that this behavior is something that she should keep secret because she has a reputation to maintain. Besides keeping up with her own reputation, she makes an effort to prove her family’s as well, although her family grapples with dealing with those actions. Steve, the father of the family, currently has a pornogrpahy addiction that irritates MJ. Then, Frankie has always dressed less feminie than her mother’s liking and struggles with her sexuality. MJ disapproves of her self-expression and keeps her in her shell rather than letting her be who she truly is. Lastly, Nick is deemed as the flawless child because he does not seem to make any mistakes in his mother’s eyes. However, the pressure from his mother weighs on him where he feels that he too cannot fully express himself.

After gaining a better understanding of these characters, it is clear that each of the family members is entirely different from the others and has their own battles they face. The demonstration of this expresses to the audience that every person is different from the last and should be embraced. See how Alanis Morissette compares to these interesting characters: Alanis Morissette Relates to a Lot of Characters in the Jagged Little Pill Musical .

The next profound message present in the musical is the ability to embrace and accept one’s identity and story. Each character has their own personal struggles they face and are forced to deal with. These hardship include stories of opioid addictions, rape, and sexuality which is not normally discussed to the fullest extent within performances. Discussing these battles gives the audience the ability to connect to Jagged Little Pill because they could be seeing their misfortunes displayed before them. This in turn has the effect of making the audience feel that they are not alone in dealing with their struggles. Theatre, in general, is a stage for promoting messages and this performance used that ability to highlight relevant abstract stories to help the audience feel heard and appreciated. Learn how Jagged Little Pill became so well-informed: How Broadway's 'Jagged Little Pill' Musical Got So Woke.

Jagged Little Pill’s main theme revolves around swallowing down your particular hard pill and learning from it. The sincere messages behind the plot make this show one of kind.  Thankfully, the #SaveTheStage movement is bringing back Broadway and a special performance of Jagged Live in NYC: A Broadway Reunion Concert  on December 13 at 8pm.