Gloria Gaynor grew up in Newark, New Jersey. As a child, she had dreams of becoming a singer and a performer just like her father. Shortly after high school, Gaynor took on a baby-sitting job and whenever she heard footsteps in the apartment above, she would sing in hopes of being heard. On one of her night's off, Gaynor and her brother were at a local nightclub and the bandleader of the group asked her to come up and sing. She did and she was immediately hired to sing with the band, the Soul Satisfiers. It was later that she found out that the manager of the nightclub was the person she had been singing to during her babysitting gigs.

In her mid-teens Gaynor released her first single, “She’ll Be Sorry.” This was a low-profile single which was produced by singer-songwriter Johnny Nash (best known for the 1972 hit "I Can See Clearly Now"). A year later in 1973, she signed on with MGM Records and released the song "Never Can Say Goodbye," which was originally recorded by The Jackson 5 and appeared on her first album of the same name. The song was a hit and gave her the nickname, the "First Lady of Disco."

Gaynor followed this with three more albums: Experience Gloria Gaynor, Glorious, and Gloria Gaynor's Park Avenue Sound. With the release of these albums, Gaynor's popularity continued to grow in the clubs with songs such as "Reach Out, I'll Be There," "Let's Make A Deal," and "How High the Moon."

In 1978, she release her biggest selling album, Love Tracks. The album featured her most famous song, the disco anthem, “I Will Survive.” “I Will survive” hit #1 on the pop charts in 1979 and won a Grammy® Award for Best Disco Recording. To this day, “I Will Survive” is still one of the most requested songs of all time.

A New Jersey icon, Gloria Gaynor performed the hit song to a packed house of loving fans at the State Theatre in 2011, in a double bill concert with The Village People. 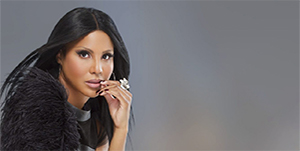 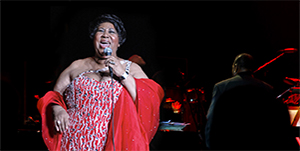