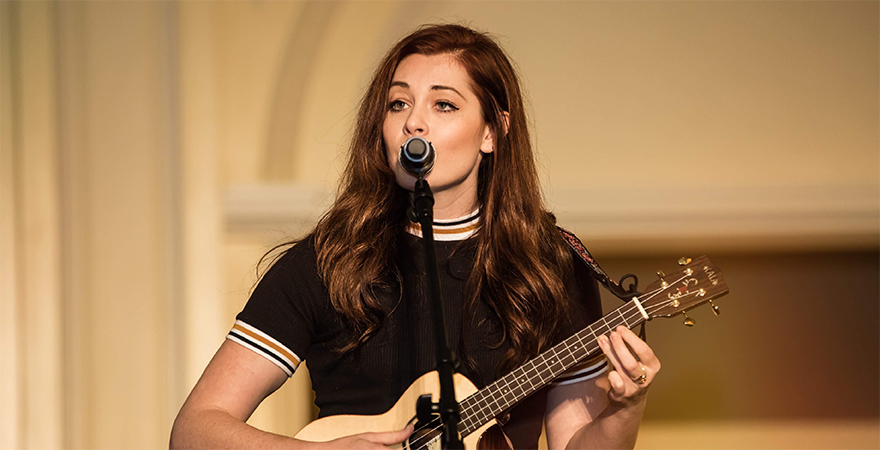 Singer-songwriter Mandy Harvey will be performing a FREE virtual concert on Thursday, March 25 at 6:30pm ET as part of a State Theatre collaboration with Bristol Myers Squibb, with additional support from EY and Accenture. The jazz and pop singer is best known for her appearance on season 12 of America’s Got Talent, where she inspired millions of people. Harvey’s backstory makes her music even more inspiring.

In 2007, Harvey was a Music Education major and aspiring singer at Colorado State University. Within her first year of college, she began to slowly lose her hearing due to a connective tissue disorder called Ehlers Danlos Syndrome. In the next couple months, she lost most of her residual hearing, making her legally deaf. This event changed Harvey’s whole life. She had to quickly learn sign language and was no longer able to attend her music education classes. This forced her to quit music and begin seeking other career paths. An aspiring singer since the age of four, Harvey spiraled into depression.

She soon came to the realization that she would do anything to pursue her passion, and in 2008, she returned to music. She began to teach herself to sing again by distinguishing how each note made different vibrations in her throat. Within the year she recorded several songs and became a regular performer at popular jazz lounges, doing small concerts.

In 2017, she became a contestant on America’s Got Talent. While auditioning, Harvey won the golden buzzer from Simon Cowell for her original song performance. Her original song, “Try”, consisting of amazing vocals and a ukulele performance, spread a message of hope in difficult circumstances. Harvey ended the season in fourth place and capturing the hearts of viewers across America. After her appearance on the show, she began to get recognized by major media outlets like NBC, CNN, and Time Magazine. Along with this, Harvey got the opportunity to go on larger tours across America for her performances.

Since then, she written and produced five albums, the most recent, Nice to Meet You, released in 2019. Harvey also recently released her first book, Sensing The Rhythm: Finding My Voice in a World Without Sound. Harvey’s career continues to inspire people all around the world, spreading the message that even in hard times, dreams can come true.

We hope you will join us for Together We Rise—A Virtual Experience with Mandy Harvey on Thursday, March 25 at 6:30pm ET for a heartwarming and inspirational performance. 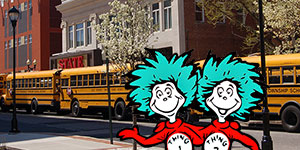