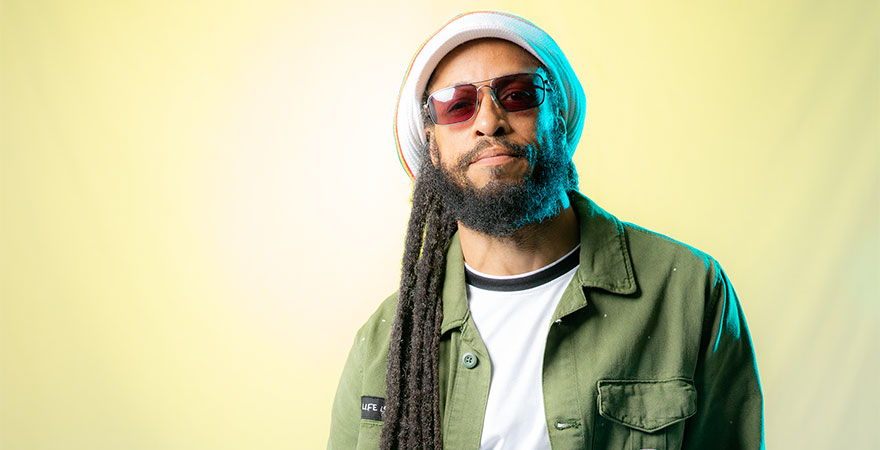 This spring, catch Aaron Nigel Smith for Milk & Cookies Online, the storytelling and music series suitable for ages 3-10 from now until May 1, 2021.

Aaron Nigel Smith's mission is to educate, empower, and entertain youth families all over the world. The talented Reggae artist and educator teaches chorus and drumming based out of Oregon and Washington through services such as 1 World Chorus, Youth Audiences, and the Right Brain Initiative.

Alongside his wife, Diedre, Aaron Nigel Smith is the co-founder of the nonprofit organization, 1 World Chorus. Smith and his wife have a vision to promote peace internationally through choral singing, drumming, and multimedia production. The program achieved global popularity; youth participants can be found from Portland and Los Angeles, all the way to Kenya and Jamaica. In 2012, the program released their debut CD Welcome to the Village. The project was praised by USA Today as one of the best children's releases of the year.

Smith has been releasing music and receiving critical acclaim since 2005. Following his debut release, the CD Let's Pretend achieved the NAPPA & IParenting Media award. This early victory was an early sign of all the greatness that was to come for Aaron Nigel Smith throughout his renowned career. His 2010 release, Everyone Loves to Dance, took home a Parents' Choice award, along with reaping national recognition from People magazine. Smith's most recent album to drop, In Our America, landed him a top spot on the Billboard Reggae charts, accomplishing his first #1 release!

Throughout Smith's impressive career, he has collaborated with a wide variety of musical and educational acts. In 2008 he took his talents to television by joining the cast of the well known PBS Kid's Show, Between the Lions. The following year, Smith worked with Ziggy Marley on the Bob Marley children's record, B is for Bob. Smith has been dominating the music industry while remaining to make an impactful difference in education.

Experience Aaron Nigel Smith's empowering music and education firsthand as a part of our Milk & Cookies Series this spring until May 1, 2021!

After making your donation, you will receive an email with a link to watch the performance. Watch it right away or save for later. The link we provide you will be active until May 1, 2021. Any questions, email info@stnj.org.