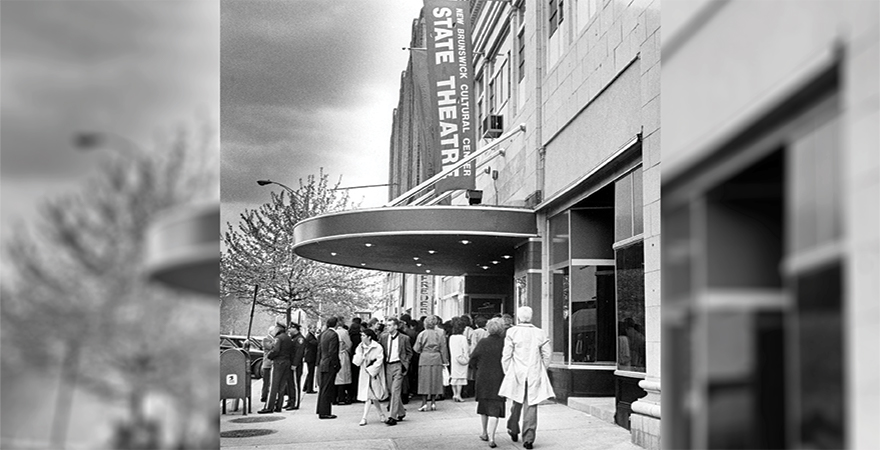 This December, State Theatre New Jersey will celebrate the monumental milestone of our 100th anniversary. This anniversary celebrates the original 1921 opening, but each year, we also commemorate the theatre's reopening as a performing arts center on April 24, 1988.

State Theatre has been through many changes through the years, but the ability to adapt to change has been an important part of its progression throughout the past century. Here is a glimpse of how STNJ went from "Reade's State Theatre," the silent movie/vaudeville palace of the 1920s, to its present reputation as a premier arts venue for the New Jersey community.

1921—1930
State Theatre thrived throughout the 1920s-1930s as "Reade's State Theatre," prime location for citizens of Central Jersey to catch a silent film or a variety of vaudeville acts (musicians, dancers, comedians, trained animals, magicians, ventriloquists). Eventually, vaudeville and silent movies were taken over by films with sound, the "talkies," which prompted Radio-Keith-Orpheum (RKO) to begin operating the facility.

1930—1969
Known as “RKO State Theatre,” the facility achieved newfound success during the Golden Age of Hollywood as a grand movie palace. State Theatre quickly established a strong reputation amongst the local community.

1970—1980’s
State Theatre’s attendance began to dwindle around 1970 when audiences began migrating to advanced suburban multiplex cinemas. The venue was sold off and transformed into a rental facility, ultimately leaving it in ruins. The building was purchased by the New Brunswick Development Corporation in 1979. Motivated by Johnson & Johnson chairman, new plans to utilize the space as an integral part of New Brunswick’s revitalization project were soon to come.

In 1983, Johnson & Johnson made the decision to clean up and repaint the State Theatre to hold it's annual Shareholders Meeting. Brighter days were approaching…

In 1986, the New Brunswick Cultural Center acquired the State Theatre from the New Brunswick Development Corporation and, by the fall of 1987, work was underway to renovate the rundown building. The Courier News said that the "Refurnished theatre is like a dream come true."

The highly praised reopening brought in a sold-out crowd. The New Brunswick Cultural Center Chairman Ralph Voorhees greeted the audience saying "it truly is a great day for all of us." And critics raved about how the newly improved theatre stole the show. The Courier-News said “The true star of the evening was the theatre itself!” and the Asbury Park Press added, “Acoustics 10, seats 10, Ambiance 10! The art deco look of the theatre is beautiful as well. The State Theatre is New Jersey’s Carnegie Hall.”

Present
Today, the State Theatre flourishes as a premier non-profit venue of the Northeast; hosting more than six million people since that 1988 reopening. Our diverse mainstage programs feature high-caliber performing artists across a variety of genres, including an increasing number of blockbuster acts.

The current renovations—which focus on accessibility and safety; audience and artist experience; and operational efficiency—will ensure that the State Theatre preserves its rich history while continuing to serve the community as a state-of-the-art cultural venue for the next 100 years. 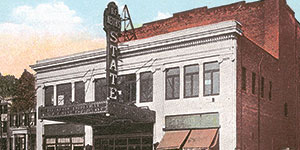