The Cultural Impact of “That’s What Friends Are For” 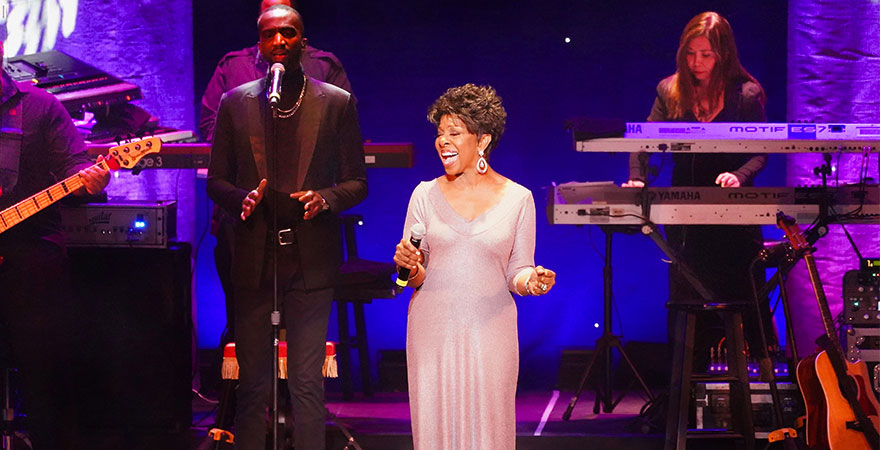 In 1987, the CDC launched the first ever national campaign for AIDS awareness. The number-one song a year prior to this announcement, would become an anthem for AIDS awareness and raise over $3 million for the cause. That song was “That’s What Friends Are For.”

“That’s What Friends Are For” was recorded by Dionne Warwick, Elton John, Gladys Knight, and Stevie Wonder as “Dionne & Friends” in order to raise awareness of the AIDS epidemic in 1986. The song, written by Burt Bacharach and Carol Bayer Sager, was originally made for the 1982 film Night Shift starring Henry Winkler and Michael Keaton. It was performed by Rod Stewart and played over the film’s closing credits, but Warner Bros. decided not to release it as a single.

According to Warwick, it was Elizabeth Taylor who suggested “That’s What Friends Are For” to be released as a single to benefit the American Foundation of AIDS Research (amFAR). “Elizabeth felt the song could be an anthem to help get the point across about the need for help, and also to help get amFAR up and running,” Warwick told People in 2019.

After recruiting Stevie Wonder and Gladys Knight for the project, Warwick convinced Elton John to join when she ran into him at a grocery store in Beverly Hills the night before her recording session.

“That’s What Friends Are For” quickly rose to success after its release in 1985. It became the best-selling song of 1986, and currently holds the #75 spot on Billboard’s Greatest Songs of All Time. Due to Wonder’s contributions, it also holds the title of being the last number-one song of anyone who topped the charts prior to the British Invasion.
In addition to major success on the charts, it won two Grammy® Awards: “Best Pop Performance by a Duo or Group With Vocals” and “Song of the Year” at the annual show in 1986. This was John’s first-ever Grammy® win.

This legendary collaboration raised over $3 million for AIDS research. The song’s success even inspired President Ronald Reagan to make Warwick an honorary Ambassador of Health to assist with public outreach regarding the AIDS epidemic in 1987.

There has only been one live performance of the song by Dionne & Friends, which was at the 25th amFAR Gala in New York City in 2011.

Dionne & Friends member Gladys Knight has achieved success similar to "That's What Friends Are For" in her own career, including the release of the #1 hits "Midnight Train to Georgia" and "I Heard It Through the Grapevine." The seven-time Grammy® Award-winner has also been featured on iconic television shows such as Empire, 30 Rock, and American Idol.

See the one of our our favorite friends, the "Empress of Soul," Gladys Knight live in concert at State Theatre New Jersey as part of the Centennial Series on Saturday, November 6, 2021.