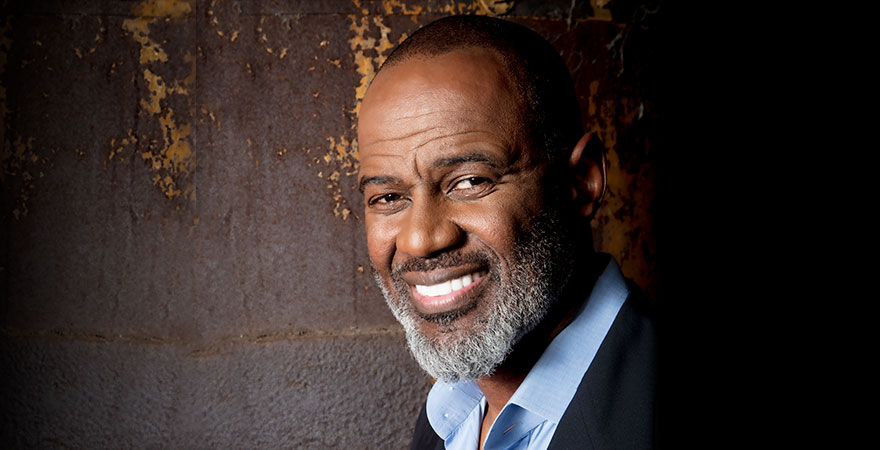 Becoming a singer/songwriter almost felt inevitable for Brian McKnight, who was born into a musical family in Buffalo, NY. In his earliest days, he became a robust musical leader in his church's choir, discovering different instruments, and playing in a band in high school.

Having never gone to college, McKnight didn't have an ordinary life after graduating high school. When his brother signed a record deal with Warner Brothers, he was inspired to record his own music. By just 19-years-old, he recorded his own demos and signed his first record deal with Mercury Records. And just two years later, in 1992, he released his debut self-titled album, Brian McKnight, which reached #8 on the Billboard 200 chart—which included the hit song “One Last Cry.”

After growing his fandom and gaining success as a notable upcoming singer-songwriter, he continued to write. Releasing two more albums a few years later, I Remember You in 1995 and Anytime in 1997. Anytime sold two million copies and McKnight received his first two Grammy® Award nominations. However, the most successful year for McKnight struck in 1999, when he released his most notable album to date, Back At One, which received a triple platinum certificate and sold over three million copies.

In addition to being a singer, songwriter, and producer, McKnight is a multi-instrumentalist who plays nine instruments, including piano, guitar, bass, drums, percussions, trombone, tuba, flugelhorn, and trumpet. He also found success outside of the world of music. He starred in the Broadway production of Chicago and used his vast industry knowledge as a red carpet host for Extra! TV.

His debut record was released 30 years ago, and audiences are still impressed with McKnight's talent. The tremendous brilliance of his R&B classics has fans continuously coming back for more. We hope you can join us for The Brian McKnight 4 on Saturday, March 12 at 8pm at the State Theatre!