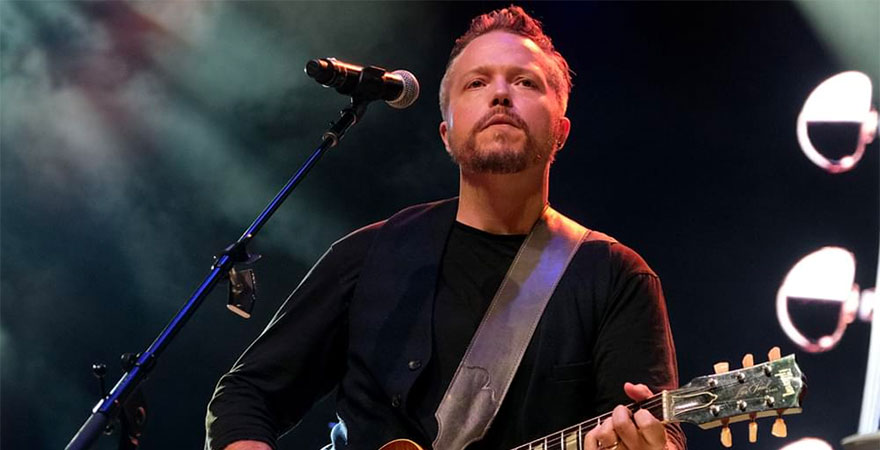 Grammy® Award-winning Americana singer-songwriter Jason Isbell is bringing a little bit of Alabama to New Jersey. Isbell is known for his self described, “soul-influenced rock and roll and country music” and has written his way into the hearts of fans nationwide. This year, he hits the road on his brand new tour and will be making his State Theatre New Jersey debut. Jason Isbell performs live at STNJ on April 8, 2022.

Before Isbell was touring the country, he was performing in a garage band and country cover band at the age of 14 with his friend, singer-songwriter Chris Tompkins. They played together for a few years, and even at popular venues like The Grand Ole Opry. During this time, Isbell began to meet other musicians, including Patterson Hood and Michael Cooley, members of the band, Drive-By Truckers. Isbell then began submitting music demos, helping him obtain a publishing deal by 21, and joining Drive-By Truckers by 22. Isbell was with the band for six years before he left. Recording their three albums, 2003's Decoration Day, 2004's The Dirty South, and 2006's A Blessing and a Curse. Isbell stood in good graces with the band and often performed special concerts and shows throughout the decade following their breakup.

Isbell began his solo career shortly after leaving Drive-By Truckers in 2007. He has released eight albums since, three of which reached #1 on U.S. Country charts, and made other charts worldwide. One of his breakthrough albums, Southeastern, released in 2013, led to critical acclaim and a clean sweep at the 2013 Americana Music Awards. Isbell was named Artist of the Year, Southeastern was named Album of the Year, and his song "Cover Me Up" was named Song of the Year.

Isbell's next two albums, Something More Free and The Nashville Sound, each won a Grammy® for Best Americana Album, and his songs “24 Frames" and "If We Were Vampires" won Grammys® for Best American Roots Song. During his solo career, Isbell began working with his band, The 400 Unit. Isbell and The 400 Unit have worked periodically together over the past decade; releasing albums and going on tours. Their most recent work, Georgia Blue, was a cover album of songs by Georgia natives to celebrate Georgia’s role in the 2020 Election. Some artists he covered included Otis Redding, Gladys Knight, and R.E.M. Proceeds from the album went to supporting Black non-profit organizations such as Black Voters Matter, Fair Fight, and Georgia STAND-UP.

In popular culture, Isbell has written for movies, including the 2018 film A Star Is Born where his song, “Maybe It's Time," was performed by lead actor Bradley Cooper. Isbell will also be dabbling in acting himself when he stars in the upcoming Martin Scorsese film, Killers of the Flower Moon.

Check out the undeniable talent of four time Grammy® Award-winning artist, Jason Isbell when he makes his STNJ debut with S.G. Goodman live on April 8, 2022.