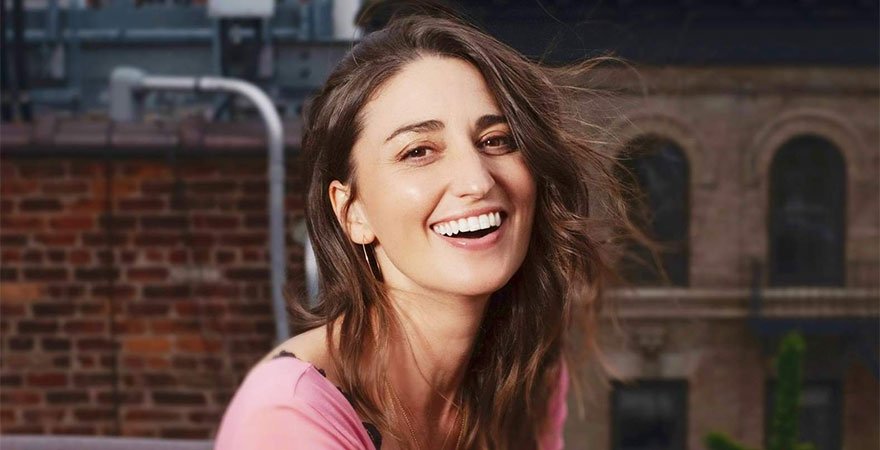 Before the success of Waitress on Broadway, Sara Bareilles enjoyed (and continues to enjoy) a highly successful pop music career. With eight Grammy® Award nominations and two Tony® Award nominations, including two Grammy® nominations for her hit song “Love Song,” she’s been thriving in the music industry for over a decade.

It all began in 2004, when Bareilles was 25-years-old, and her first studio album was released, titled Careful Confessions. Epic Records heard it, loved it, and quickly signed her to a deal. Her first album, Little Voice (2007), combined some of her original material from Careful Confessions with newer work. The album featured "Love Song," which sold more than three million copies and is one of Bareilles’ most popular songs to date. After writing just one album, Bareilles was able to earn two Grammy® Award nominations: one for Song of the Year and one for Best Female Pop Vocal Performance.

After recording her album, Bareilles went on to tour for two years, releasing a live concert album called Between the Lines: Sara Bareilles Live at the Fillmore in 2008. Following the success of her first album, she wrote a second one in 2010 called Kaleidoscope Heart. It featured the lead single "King of Anything," which received a Grammy® nomination for Best Female Pop Vocal Performance. Also in 2010, Bareilles’ song “Gravity,” which was the final track on Little Voice, was featured on the reality tv dancing competition So You Think You Can Dance. After such a successful eight years, it was no surprise that in 2011, Bareilles became a celebrity judge on the third season of the reality tv singing competition, The Sing-Off.

Once Bareilles had ended her time on The Sing-Off, she went on to produce an EP, Once Upon Another Time, in 2012, followed by The Blessed Unrest in 2013, which featured the hit single "Brave." The Blessed Unrest received a Grammy® nomination for Album of the Year, and "Brave" received a nomination for Best Pop Solo Performance. Though Bareilles was incredibly successful in all of her pop music endeavors, she decided to branch out for her next project. The result? A Tony®-nominated musical based on the movie Waitress.

Waitress kicked off Sara Bareilles’ professional musical theatre career in 2016. Bareilles had performed in community theatre musicals in high school, so her love of the craft aided her in her work. She was even nominated for a Tony® Award for Best Original Score. To top it all off, she released an album entitled What's Inside: Songs From Waitress, which features vocal performances by herself and Jason Mraz. In 2017, Bareilles also made her Broadway debut as Jenna Hunterson, Waitress’ leading role, for a limited 10-week run...but her career in musical theatre didn’t end there. In 2018, she played Mary Magdalene in the TV adaptation of Jesus Christ Superstar Live in Concert.

Following the success of Waitress, Bareilles returned to the pop genre with her next album, Amidst the Chaos, which debuted in 2019. It featured the songs “Armor” and “Saint Honesty,” which won a Grammy® Award for Best American Roots Performance in 2020. Also in 2019, Bareilles announced that she had developed a series for Apple TV+ entitled Little Voice, which premiered on July 10, 2020. Later that year, Bareilles released an album called More Love: Songs from Little Voice Season One with her own recordings of songs from the series.

Since 2004, Sara Bareilles has been consistently creating impactful and resonant art. Her combined success in the pop music and theatre industries set her apart from her contemporaries, and her dedication to her craft is unmatched. In the years to come, there is no doubt that we’ll only see more great work from her.

See the national tour of Waitress at State Theatre New Jersey from April 14-16, 2022.