The most astonishing magic show of all time, The Illusionists, is coming to enchant State Theatre New Jersey! This mind-blowing spectacular showcases the jaw-dropping talents of five of the most incredible illusionists on earth. Full of hilarious magic tricks, death-defying stunts, and acts of breathtaking wonder, The Illusionists will dazzle audiences of all ages and make a believer out of you. The show features Jonathan Goodwin, The Daredevil; An Ha Lim, The Manipulator; Colin Cloud, The Deductionist; Jeff Hobson, The Trickster; and Kevin James, The Inventor. This critically acclaimed production has shattered box office records across the globe and stunned thousands with some of the most outrageous and miraculous acts ever to be seen on stage. Are you ready to witness the impossible? 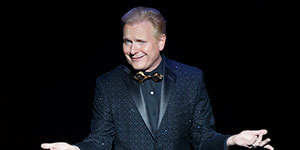 Interview with "The Trickster;" Jeff Hobson of The Illusionists 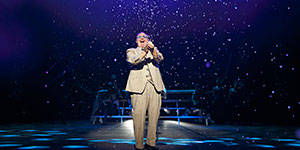 "The Inventor" comes to The State

This show is recommended for ages 12+. Everyone, regardless of age, entering the theater must purchase a ticket. Child seating policy details.

State Theatre is amending its ticketing policies with the following: If an event is postponed, rescheduled, or cancelled due to COVID-19 containment efforts the original purchaser will HAVE SEVERAL OPTIONS:

PLEASE NOTE: State Theatre New Jersey does not have an elevator.