Chocolate & Wine — Treat Yourself! Add on a box of Thomas Sweet® chocolate and a glass of wine in the cart.

Save on Dining — Add on dining in the cart and save $5 on gift certificates to New Brunswick's best restaurants!

Six-time Emmy® Award-winner Louis C.K. has released over eight stand up specials including Shameless, Chewed Up, Hilarious, Word— Live at Carnegie Hall (audio), Live at the Beacon Theater, Oh My God, Live at the Comedy Store, and most recently Louis C.K. 2017. Louis is the creator, writer, director, and star of the Peabody Award-winning shows Louie and Horace and Pete. In January 2015, Louis became the first comedian to sell out Madison Square Garden three times for the same tour.

TICKETS FROM UNAUTHORIZED SOURCES & TICKET BROKERS
Should it come to State Theatre New Jersey's attention that a ticket purchaser is a ticket broker, all current and future orders as well as any credits for exchanges from previous orders may be cancelled without notice or justification of action. State Theatre New Jersey reserves the right to deny admission to any person with a ticket obtained in violation of these terms. State Theatre New Jersey tickets are a revocable license to attend the event listed on the front of the ticket. Such license may be revoked without refund for noncompliance with terms. If you purchase tickets to an event from an unauthorized source, you do so at your own risk. Tickets obtained from unauthorized sources may be invalid, lost, stolen, or counterfeit and if so are void. State Theatre New Jersey values customers’ privacy and security, and will not access records nor reprint tickets for anyone who cannot be verified as the original ticket buyer. Patrons holding fraudulent tickets will not be admitted into the theater. Tickets cannot be reprinted without valid photo identification of the original ticket buyer.

IMPORTANT NOTE: No cellphones, cameras, smart watches, or recording devices will be permitted at the Louis C.K. show. During the performance State Theatre New Jersey will be a mobile phone-free zone provided by Yondr. Upon arrival, your phone will be placed in a pouch which you will keep with you throughout the night. The pouches will be unlocked at the end of the show. If needed, you will be able to use your phone in a designated area located in the lobby. Anyone caught with a cellphone in the venue will be immediately escorted out of the building. We appreciate your cooperation to help us create the best distraction-free listening environment for all in attendance.

This is a cell phone free performance, please make sure all tickets are printed before arriving to the theatre.

Copyright Notice: Louis C.K. owns all rights in the content and materials, including any jokes and sketches (the “Materials”), delivered during his performance. The Materials may not be copied, translated, transmitted, displayed, distributed, or reproduced verbatim (the “Use”), in whole or in part, in any form, media, or technology now known or later developed, without the express prior written consent of Louis C.K. Any use of the Materials without the express prior written consent of Louis C.K. is strictly prohibited and shall be subject to all available legal remedies, whether in equity or at law at the cost of anyone who violates this prohibition. 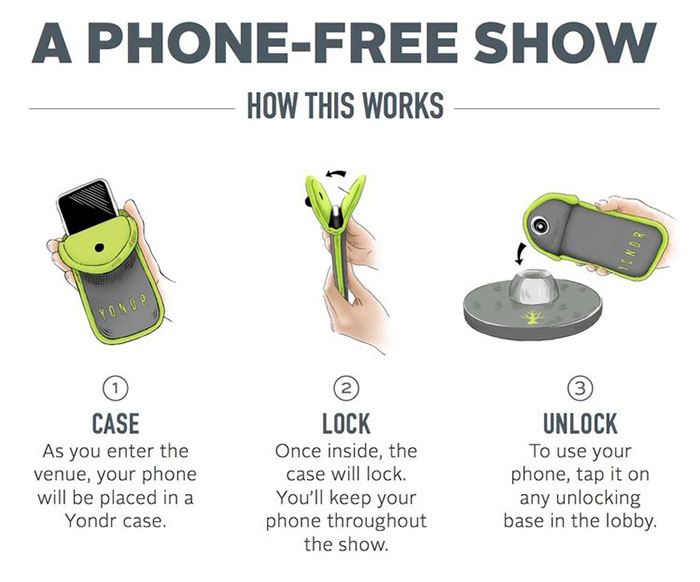 Chocolate & Wine — Treat Yourself! Add on a box of Thomas Sweet® chocolate and a glass of wine in the cart.

Save on Dining — Add on dining in the cart and save $5 on gift certificates to New Brunswick's best restaurants!

This show is recommended for ages 18+. Everyone, regardless of age, entering the theater must purchase a ticket. Child seating policy details.

Policies, programs, artists, dates, times, and prices are subject to change without notice. Additional fees may apply. All sales are final, there are no refunds unless the event is cancelled. Refunds are only made to the original purchaser. Click here to learn more.

State Theatre New Jersey does not have an elevator.